Product Reviews has been detailing everything we can get our hands-on for Call of Duty Advanced Warfare Supremacy DLC, so our readers meet the June 2nd release date by being fully informed. If you haven’t seen the new COD AW Supremacy DLC 3 gameplay, screenshots of the Exo Zombies Carrier map, and a close up with the new LZ-52 Limbo Zombies wonder weapon, then take a look now.

Today, we want to showcase some in-depth Compound map gameplay before the Advanced Warfare Supremacy DLC release time. Also, reveal one schedule from a popular YouTube channel that will be uploading gameplay for all the new AW Supremacy DLC maps as well. 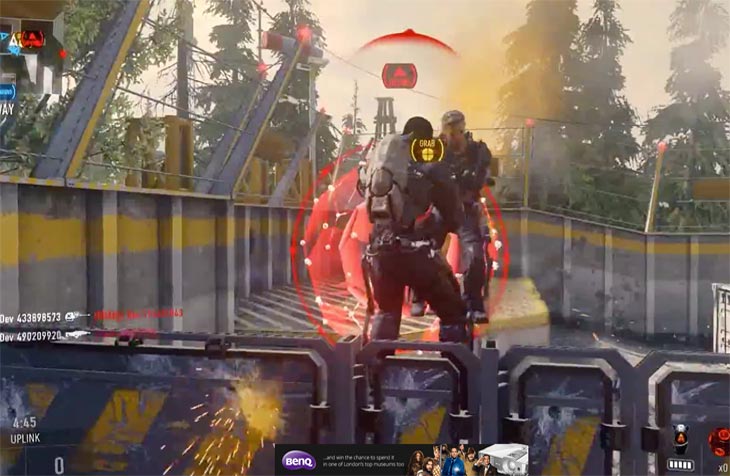 Advanced Warfare DLC 3 Compound Gameplay – this is the smallest of the four new maps in AW, so take a look at almost 3 minutes of more in-depth gameplay below this article. The trailer from Sledgehammer Games only gave us a glimpse of each map, but they are allowing certain YouTube users to get hands-on and showcase these new maps before the launch date. 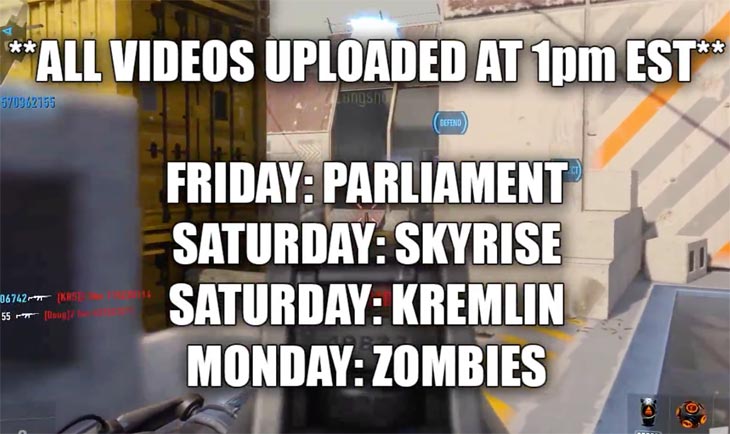 AW gameplay for new Parliament, Skyrise, Kremlin, and Carrier Zombies Maps – the gameplay release schedule can be seen above for YouTube user TmarTn. This news had been mentioned in the video below, and will mean AW Supremacy Parliament gameplay will release today after 1PM EST to this YouTube account. Make sure you bookmark that page, or follow the user to see these videos as they are uploaded.

The schedule points to Advanced Warfare Skyrise and Kremlin gameplay releasing on Saturday, and then new Zombies Carrier gameplay being fully disclosed on Monday June 1st. This is the perfect way to get excited for the new AW Supremacy DLC 3, but also it’s great marketing for Sledgehammer Games as well.