Whenever there’s a new Call of Duty Advanced Warfare add-on, then you can expect DLC download problems like we have seen many times in the past. Today, we only just mentioned the COD AW Supremacy DLC 3 was live with an update and soon after saw problems with some Product Reviews readers reporting their download is freezing, slow, or stopping off and on.

In fact, our AW Supremacy DLC download is going very slow, but this isn’t something we haven’t seen before when downloading during the first hour of going live. One of our readers also mentioned they had a “little stop sign which doesnt let them download it”. This came from a gamer with the season pass, so if you can relate to this issue then leave a comment below. 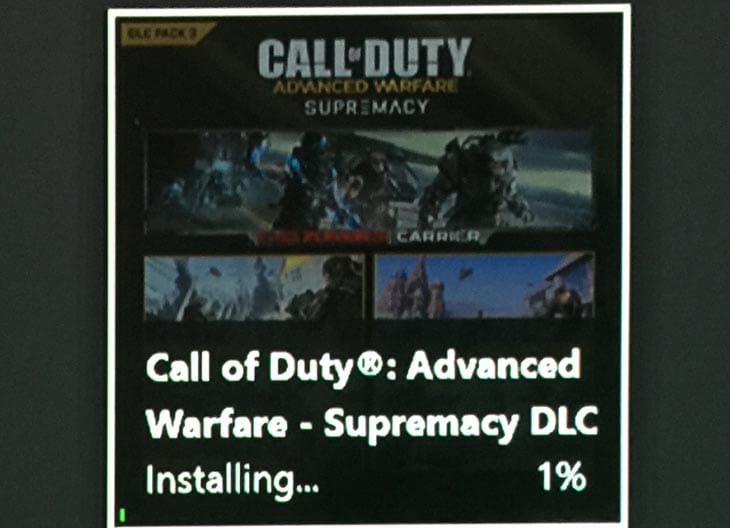 Are you having problems downloading the COD Advanced Warfare Supremacy DLC today? While our install went really slow at the start, it’s now past 50 percent and speeding up. Our tip would be to just be patient, or come back at a time when there’s less demand for the new content. If you have found a fix to other problems related to Supremacy DLC, then leave those in the comments.

We have seen the new zombies and multiplayer maps crashing or freezing in the past, which have been due to a bad install or corrupt download. This is pretty rare, but if you are seeing the new AW Supremacy maps or zombie map with freezing problems, then again detail these below. We will also update this article with any statements in relation to officially confirmed issues.