Carrier zombies releases in a few hours as part of the COD Advanced Warfare DLC Map Pack 3 Supremacy. Before that though, we have a heads-up on how you’ll be able to get free credits in Carrier by playing a cool mini-game inside the map.

Sledgehammer will be putting a very fun mini-game in Carrier, which involves players using their grenades to throw into a very small hole in the wall.

Once thrown in correctly, the grenade will drop down onto a Plinko style board and you can win anything from 100, to 1000 credits. 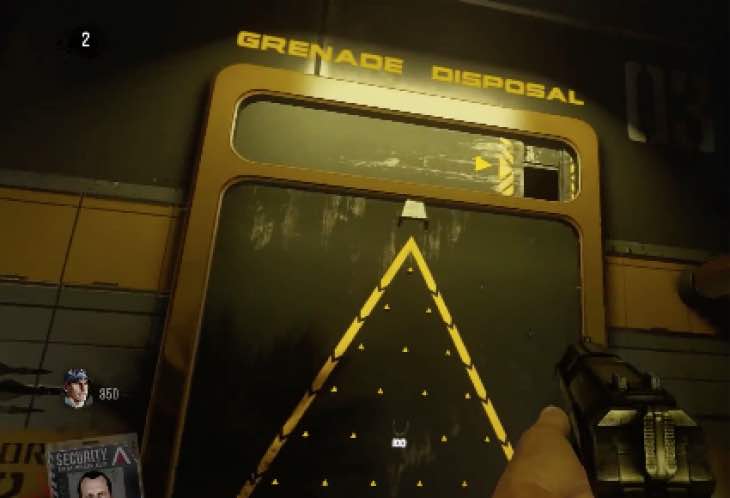 It’s a fantastic idea from the developers and you can see how it works by watching the video below. Obviously there are risks to playing, as you’ll have to contend with the zombies who are rushing towards you.

Also, the hole will get smaller each time you make a successful throw, so there will be a limit to how many times you get to use it.

Hitting that jackpot though could make the difference in upgrading your weapons and making it to the latter rounds with an increased amount of credits.

What do you think of this idea – brilliant or not?