Marvel Avengers Alliance players on Facebook have another event to look forward to now. We told you that a special Spider-Man Spec Op for Avengers Alliance was happening and now we can confirm that it has gone live in game.

As a result, we have a heads-up for you on the Avengers Alliance Spec Ops 27 Task List that all of you will be looking for.

The main prizes are Infiltrator Ultimate Spider-Man, but also Tactician Superior Spider-Man which you can get by winning Superior lockboxes. 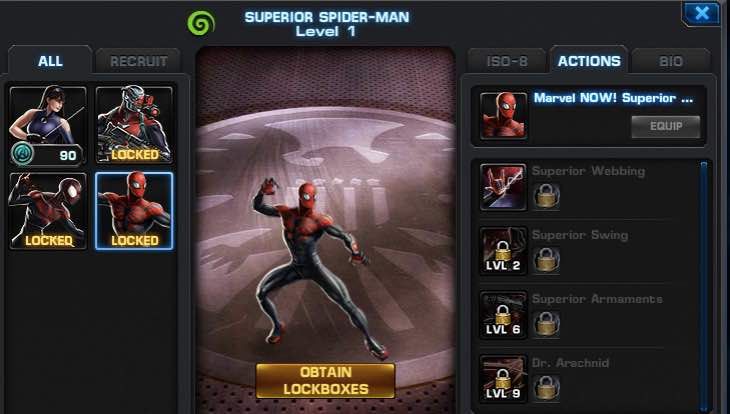 We can tell you that the epic boss is located on Mission 3 this time around, while the premium weapon set to collect is the Avengers Alliance Arachnid set.

The first 5 tasks will be simple and we’ll list everything below as we get it. Don’t forget to start sending that blue iso-8, after you start the spec ops event in-game as it won’t count otherwise.

As always, list your progress below with the tasks to help out other gamers who are just getting started.

What are your thoughts on the Spec Ops so far?

10. Defeat a Mini-Boss in Mission 2 (Kraven or Lizard)

24. Complete 3 Stars of Mastery in all Spec Op 27 Missions