Playdom has sprung another surprise for Marvel Avengers Alliance players now. A new Spec Op is now live and we now have a good heads-up on the Avengers Alliance Spec Ops 25 task list that you’ll be all looking for.

This Spec Ops seems like great fun, as it is all centred around the Runaways, hence the title of the Spec Ops 25 being called Runaways.

In this event, each battle you fight will require you to use certain Runaway characters, such as Molly Hayes or Nico Minoru – you’ll still have the option of using the Agent if you prefer.

Now, without further do, we have the full task list already for you below. You’ll also notice that this Spec Ops features Heroic Battles, allowing you to gain some ‘exclusive’ E-Iso that you won’t be able to get once the event ends.

These include a new Molly Hayes iso which can prevent her from Sleeping after Temper Tantrum and also a new E-Iso for Punisher too which can grant him extra turns.

Check out the full task list below and as always, let us know your progress so far and if you need help from other players on any of the tasks.

Stay tuned for information on the Epic Boss heroes required! 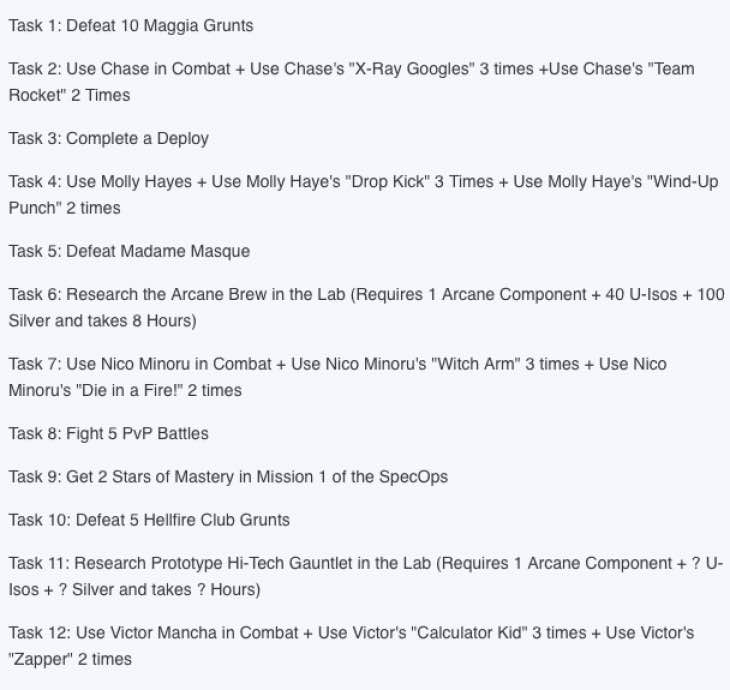 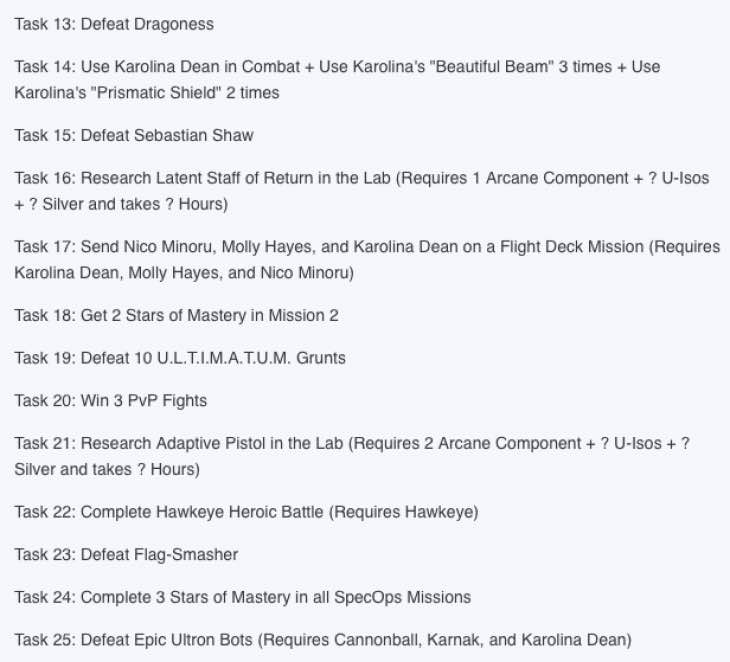