If you didn’t already know, Star-Lord is going to be the reward hero for this event, joining the other four members of the Guardians of the Galaxy which are already available in the game – those being Rocket Raccoon, Groot, Gamora and Drax the Destroyer.

It’s the perfect time for this event to land, as most of you will probably be going to the cinema this weekend to watch the movie and see the same characters on screen.

As for the Avengers Alliance Spec Ops 20 task list, you’ll be able to find it here as soon as it goes live, which it will within the hour. For now, we can tell you that the first task will be to kill members of the Circle of 8, the second task will be to complete two flight deck missions and the third task is to defeat Black Dwarf mini boss – very easy.

The Epic Boss is in mission 3 this time, and the Avengers Alliance Spec Ops 20 heroes required are Rocket Raccoon (135cp), Phoenix (48cp) and Ares (200cp). That’s a combined total of 383CP, so hopefully you already have all three heroes by now.

As we wait for the full task list, do your bit in giving us your progress so far on the Spec Op as you go along to help other members of the community. Is this one of the best-looking Spec Ops for Marvel Avengers Alliance so far?

UPDATE: Here’s the Daily bonus item for those that are interested. 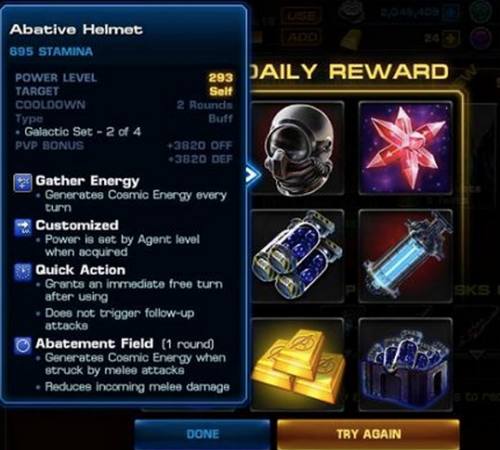 UPDATE 2: Task list is live here! Enjoy and let us know if you have any problems on any tasks below. We’ll try to help out.