We have some good news for Marvel Avengers Alliance agents now, as PVP Season 19 has just gone live in the game – right in the middle of an ongoing Spec Ops event.

As rumors suggest, Asgardian Angela is the hero reward for finishing in the Adamantium League. Elsewhere, the Blaster Safeguard suit is up for grabs which has the ability to apply staggered, while absorbing damage with a shield and most importantly – not triggering an opponent’s class ability, i.e tacticians not getting an extra turn.

For Diamond League winners, you’ll get the Hugin’s Eye, which can apparently dodge all unarmed attacks which seems fantastic against players like Quicksilver. 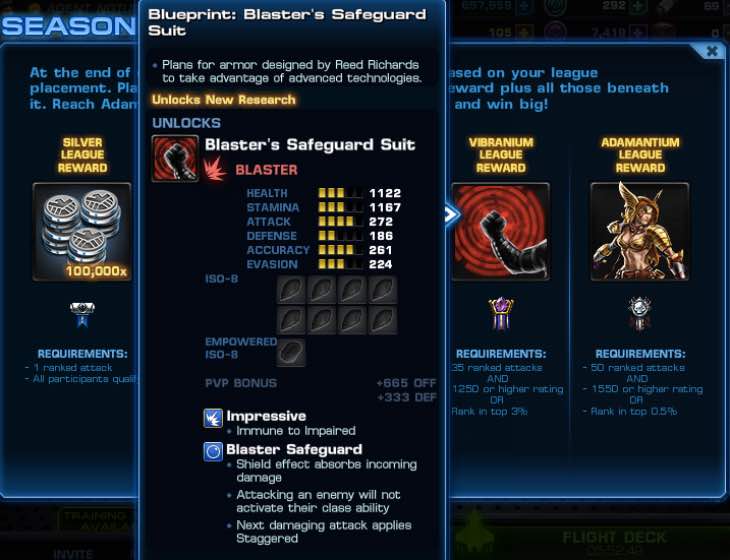 You can’t actively use it in battle though, as it will provide passive abilities only similar in the manner to the Bishop and the Cosmic Cardinal. 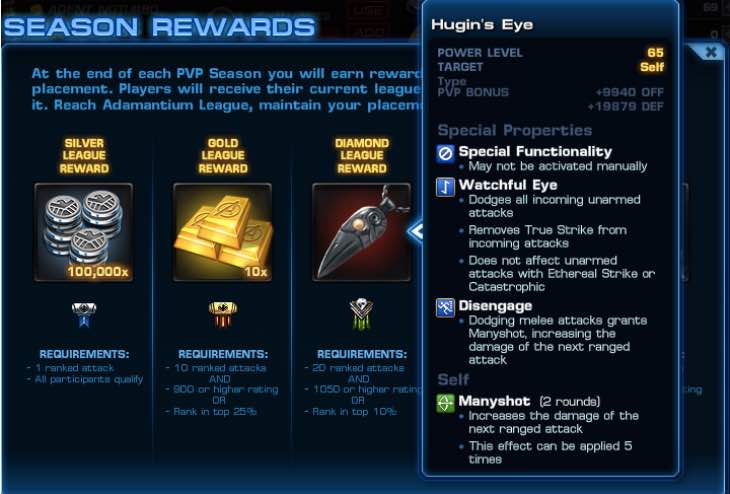 Angela looks like a very capable hero, a scrapper who can pre-hit enemies with bleeding and counter attack applying flanked – awesome.

Check out the game now to play PVP 19 and let us know how you get on and what you think of the rewards. Where did you finish last season and where are you hoping to finish this season?