In the build up to CES 2011 we were treated to a few details on the new Avatar Kinect system. However, Microsoft’s Steve Ballmer offered us more insight into this during his Keynote yesterday. Industry Gamers reports that not only did the CEO confirm Avatar Kinect, but also gave us details on the free update and when it will be released.

When we say free update, this will only be for Gold Xbox Live members once it becomes available in the spring. What I like about this latest feature for Kinnect is how the motion sensor and camera will track your mouth movement while using the new chat feature — taking chat to the next level on the Xbox 360. 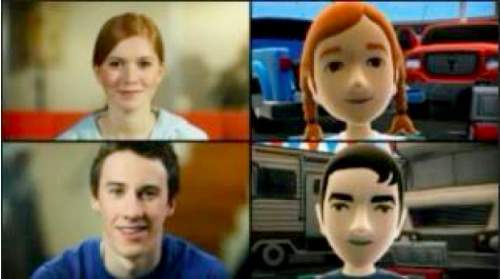 There are those who say that such a new feature is a little like PlayStation Home, but Sony, PS3 and Xbox users will disagree; where do you stand on this?

Below we have embedded the first official Avatar Kinect trailer, and have to say how amused I was by seeing an Avatar of Ballmer talking to us about how the new system works. I was shocked to see how well Kinect was able to track facial expressions, watch the video below and you will see just what we mean.