When it comes to car and truck reviews, you can always count on AutoWeek to offer unbiased opinions. They certainly had their work cutout in the build-up to the 2011 Detroit Auto Show, as they not only offered previews, but also reviews of the car once at the event. We thought we would take a look at what they have called their Best of the Best Car and Truck of 2011.

So let us look at what the automotive website believes are the best car/truck for 2011. Would you be surprised if we told you that it was the 2011 Cadillac CTS-V Coupe and the Jeep Grand Cherokee, which we have a review for you to read? Not sure if we can agree with them on their choice though, the Cadillac in our opinion is a little on the ugly side, and I have never been a fan of the SUV. However, let me tell you that this is just one man’s opinion, and I am certain that they are both great vehicles. 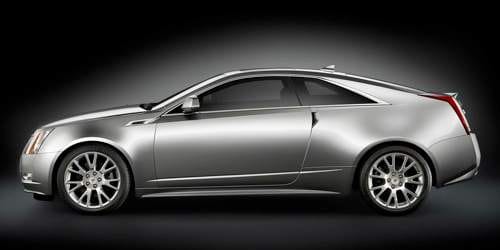 It’s not hard to see why AutoWeek has picked the 2011 Cadillac CTS-V Coupe (Review here) though, as it certainly packs a punch in the performance department by offering 556BHP from its 6.2-liter V8 engine. They believe that this is the best Cadillac ever, as it seemed to tick all the right boxes.

Next up is the 2011 Jeep Grand Cherokee, which AutoWeek believes stands out above the rest. However, this truck certainly has a great weight on its shoulders, as they believe that this vehicle “symbolizes the reborn Chrysler”. However, we have to point one of its biggest failings and that is its fuel-economy. We know that there will be drivers out there that say that 20MPG is very good for an off-roader, but in this day and age- we want so much more than that.

Do you believe that large trucks and SUVs should now be phased out?