If you are following the tennis at the moment then the Australian Open 2014 app for iPad and iPhone will be something you will want. The iOS app delivers schedules and results plus plenty more content to keep you right up to date with the whole tournament.

The official Australia Open 2014 app can be downloaded now from Apple’s iTunes or App Stores, free of charge. Key features of the app include: Live point by point score updates from all matches across the courts, Schedules to keep you informed on the upcoming fixtures and tournament draws and Timelines which will keep you up to date on all breaking news from the tennis world and competition.

The Australian Open app will also provide photos from the most recent games, match reports from the most recent ties, statistics and player information, video highlights and radio coverage, plus social streams so you can connect with the community and share your thoughts on the action with other fans. A fan guide is built in to the app, as is a ticket purchasing facility and mobile gift shop. 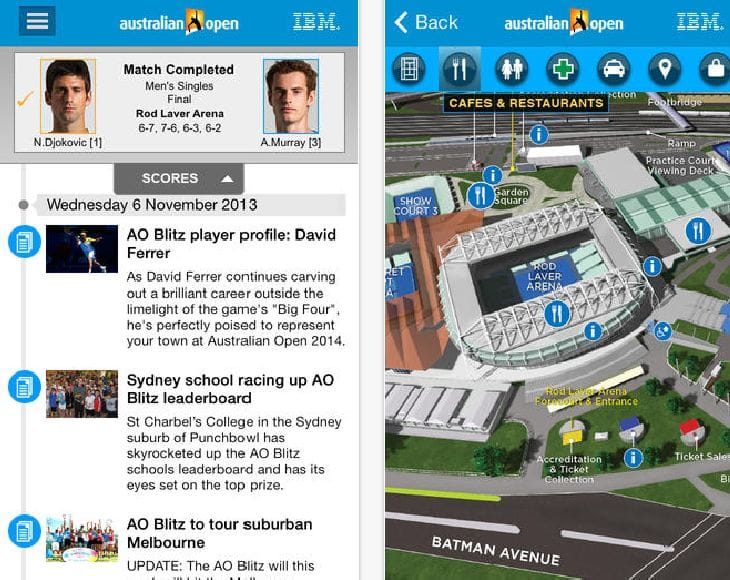 This app would appear to be the ultimate companion for any tennis fan who wants to keep up with the tournament and enjoy extensive interactive features. Android owners will also be pleased to know that the app is also available on the Google Play Store. 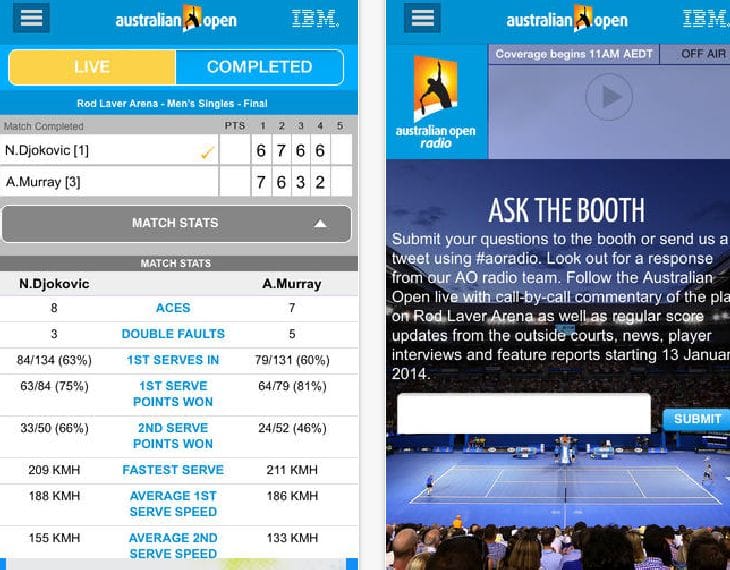 If you are following this year’s tournament and have downloaded the app, let us know how good it is by leaving a comment. Who do you think will take this year’s title in Australia?

look for Android on Google play