Back in 2008 we saw an Audi R8 diesel concept, which was rumored to be released a few years later. However, things never went to plan and as a result, Audi cancelled the project because they said it would cost far too much money making the changes so the larger V12 twin-turbocharged diesel could fit into the car.

Audi said that they would find it hard to recoup costs, but with a new model coming and with the current model being the success it is, surely it is time for an Audi R8 diesel to be released?

The German automaker seems to be doing very well when it comes to its diesel engines, not only did they win Le Mans with a car powered by a diesel engine, but there is also the new Audi 3.0-litre V6, which is a two-stage turbodiesel engine. 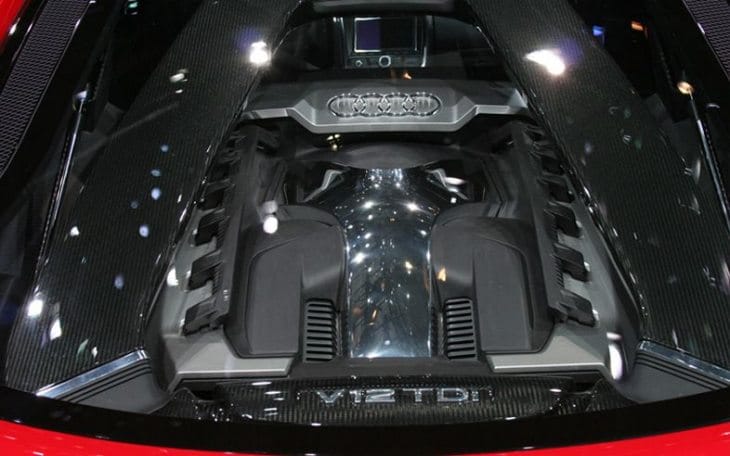 We know that Audi has the knowhow; we just need them to do a bit of marketing to see if there are people out there willing to buy an R8 diesel. It would be interesting to know just how much these changes would cost, although we can fully understand if it isn’t cost-effective if people are not willing to pay the extra.

An Audi R8 diesel release would likely have to be more expensive, as oil burners usually are, but with the prospect of it having more power than the 5.2-liter petrol version, we just wish Audi would commit.

Going back to the Audi RS5 V6 TDI-e, the prototype version has been given its first test drive by Autocar, which is said to go into production next year. And, it is very clear that they were very impressed with the car, especially the huge amount of power available beneath the right foot.