The Audi Q2 has recently joined the ever-growing Q range lineup from Audi, but we know that the German carmaker is not going to stop there, as the all-new luxurious Q8 SUV will be added to the range in 2018. The new model will enter production in just two years time and will compete with the likes of the BMW X6, Mercedes GLE and the Range Rover Sport.

With the Audi Q8 starting price expected to be £55,000, this SUV will need to bring something special in order to compete with those rival vehicles above. However, we can fully understand why it would have such a high price tag, and that is because the Q8 will be the top-of-the-range SUV from Audi, and so will come with all the creature comforts and more.

However, that will be the cheaper model, which is for the 3.0 TDI, although we have yet to learn what sort of cost it will be for the better models in the new range. 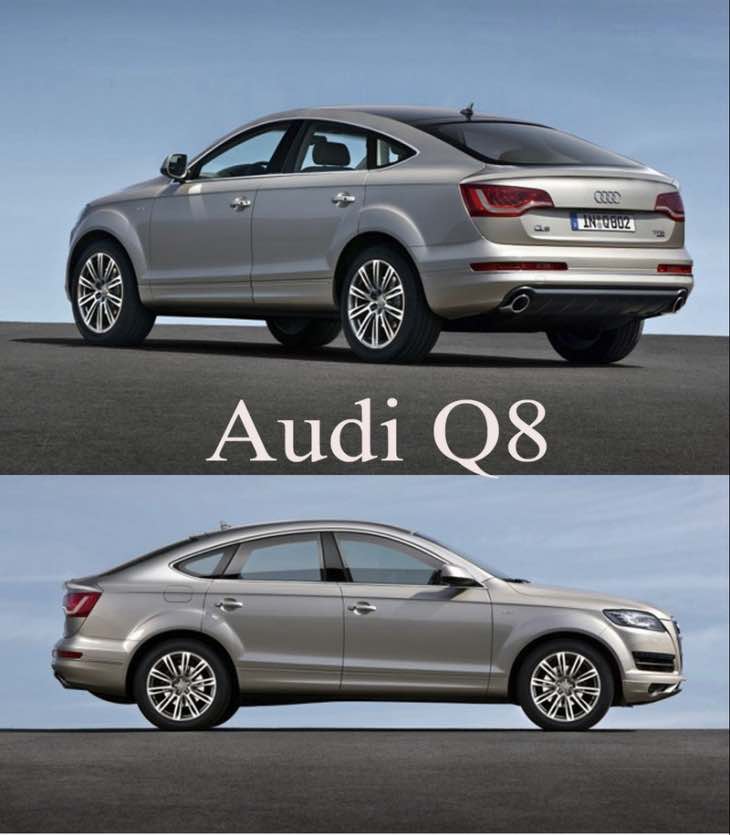 While the Q8 will share its mechanical package with the Q7 it will come with a range of high-tech options to make it stand out to become the benchmark in the SUV lineup. However, it will share many of these technical options with the fourth-generation A8. Some of these options include the OLED high-definition digital displays and the most advanced autonomous driving functions Audi will have to offer at that time.

There are also going to be several powertrain options that include petrol, diesel and hybrid, and it’s the hybrid powertrains that we are more interested in.

Audi are already at work on their new plug-in petrol electric system, although it is not clear whether the electric turbocharging system will be ready in time, or if it will need to be launched later than 2018, which is when this model is said to go on sale.

Going back to that new petrol electric system, Autocar suggest that it will offer an all-electric range of up to 31 miles. Ok, so this still does not sound like a very good range, but ideal if you driving locally.

We don’t yet know about the exterior or interior design of the Q8, and so we hope to start seeing concept models appearing at upcoming auto shows.