With drivers becoming ever conscious about the environment, as well as car manufacturers having to come up with new ways to reduce carbon emissions, we’ve seen some very ingenuous ideas over the years. More people are now choosing Hybrid vehicles because they are far more practical than they were five years ago, and Clean Diesels is an even better option for some.

Then there is Stop/Start technology, where the engine will switch off when the car comes to a stop and starts again the moment you touch the accelerator pedal. However, Audi is going a step further with their Audi Online Traffic Information technology.

This information was made available to us a couple of months ago, but Audi were not willing to share all the details. Thankfully, they are now offering the fuel saving figures for vehicles that will make use of the Audi Online traffic light information system. 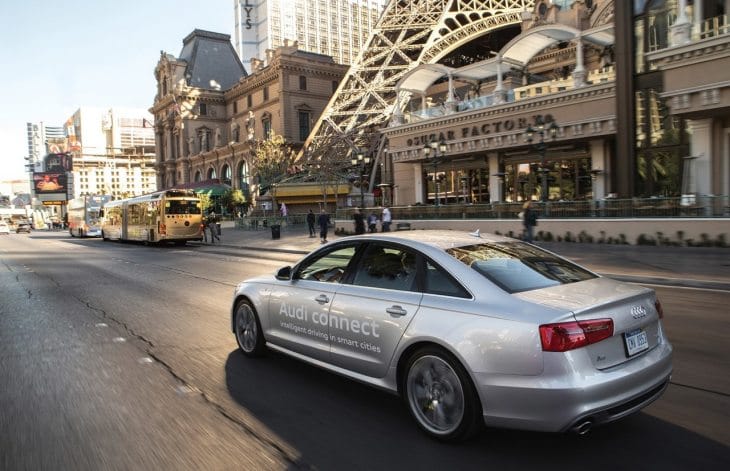 Audi now says that cars fitted with this technology will be able to communicate with traffic signal to predict when they are going to turn red or green, and in doing so is expected to reduce emissions by 15 percent. The German car manufacturer says that if the technology were used throughout Germany, then this could save 900 million liters of fuel each year.

Could you imagine if all cars were fitted with this technology, not only would emissions be reduced, but also traffic could be reduced as well because people will not be sitting at the lights because they were not ready when it turns green?