With BMW pretty much backing iOS it was rather obvious that Audi would not, and so came as no surprise to us when during CES 2014 they were going for Android instead. This is because Audi showcased a 10.2-inch Smart Display and will be running a version of Android.

Audi has been using Google to help power some of its in-car computing devices for several years now, and looks to extend this partnership further.

What you will notice with the Audi Smart Display is that it sticks with a premium finish, and so the aluminum chassis on the device will look very much at home.

Some of its features include a Nvidia Tegra T40 processor and LTE to help it communicate with the car that it is fitted to. Speaking of which, we currently have no clue as to what Audi models will sport the 10.2-inch Smart Display, when it will be released and if it is to become an optional extra. 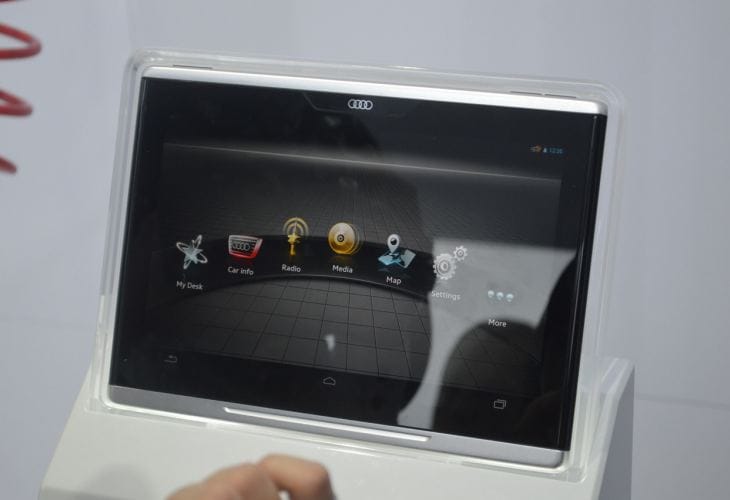 Whatever happens, drivers will have complete access to the Google Play Store while on the go, making it ideal to purchase certain apps. However, there is a safety concern because we do not want drivers to access this while trying to drive.

Do you think Audi has made the correct decision to go with Android, or would you have preferred them to choose iOS instead, which could have meant just integrating an iPad Air?

For more details on this new Audi Smart Display we ask that you spend a little time viewing the video below.