There has been a big problem for AT&T customers this evening, with AT&T themselves confirming that a burst pipe in the Akron area has caused a widespread AT&T outage today, affecting both AT&T internet and phone services.

We thought that the issue would have been fixed up already, but at the time of writing we can still see a flood of complaints coming in on social media, from those who say that AT&T is down with no service on January 13.

At the moment, we can see that AT&T are very busy reassuring customers on their Twitter account that they are doing all they can to get AT&T back up. One hour ago, the provider confirmed once again that the burst pipe appears to be the main route of the problem. 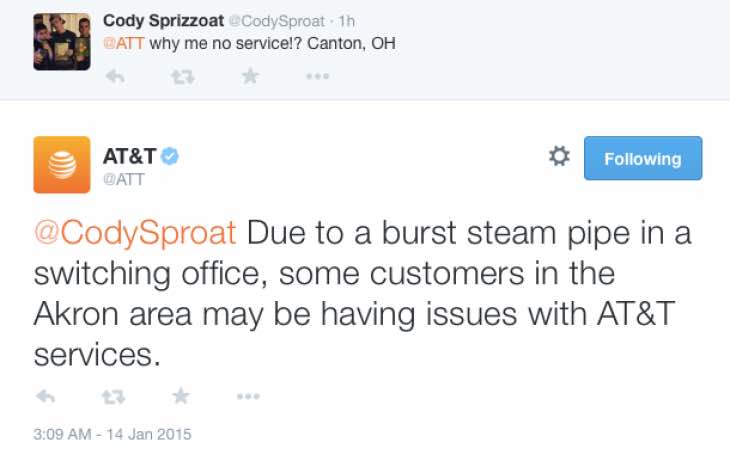 As far as we’re aware, this problem has been ongoing for over 3 hours, which is a very big outage by AT&T standards. It’s even worse this time as all AT&T services in that area are down, including AT&T internet not working, on top of AT&T phone services. 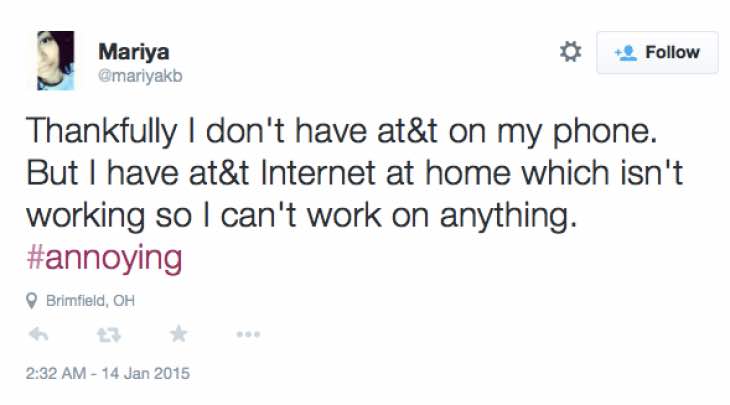 A burst pipe is never good though and we can only hope that AT&T has some kind of contingency plan. Then again, how do you prepare against a sudden burst pipe?

Keep an eye on AT&T’s Twitter page for the latest updates and give us your status at the moment. Can you connect to any AT&T services in your area, or are you still having big problems?