According to a recent SlashGear article it looks as if plans to release the Nokia X7 on AT&T have been scrapped, apparently Nokia axed the launch plans as they were concerned about the subsidy support and marketing the US carrier was offering. 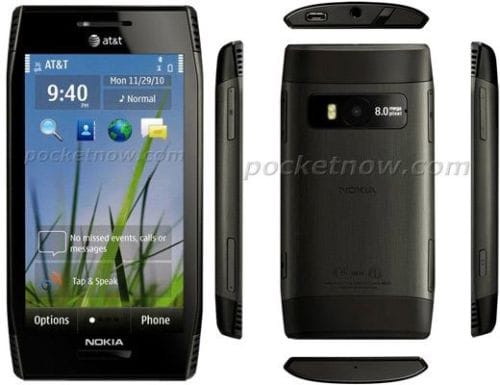 It is thought that release details may be revealed at MWC 2011 which kicks off on February 14th, however SlashGear suggest that it may well not hit a carrier as part of a contract, instead it could just be available SIM-free.

The Nokia X7 sounds like a fairly exciting smartphone, it runs Symbian^3 and features an 8 megapixel camera, other specs are unconfirmed, however it is also said to feature Nokia’s ClearBlack technology.

I wonder if there is more to this story than we are told, perhaps Nokia smartphones are not doing as well its Android-based competitors, perhaps AT&T feel that other smartphone manufacturers developer more exciting devices, what do you think?