There seems to have been some confusion over a recent story, but we are pleased to say that Atari clarify PlayStation Store misunderstanding over queue and back online. People were a little confused with what was on Twitter when they discussed about Sony’s PSN service coming back online or being delayed. They now say that Daggerdale will actually go in a publishing queue, a there are other titles that were due to be launched first, reports 1Up.

PSN users seemed to misunderstand Atari when they said that Dungeons & Dragons: Daggerdale’s was due to be released on May 31, 2011, but will now go in a queue, as the service will not back online in time. We now know that this is not true, but it gave people hope that the PlayStation Store would be up and running my Tuesday. However, we now have news that could see the store returning very soon.

It seems that certain parts of Asia will see the PlayStation Store come online within the coming days; this was due to the fact that PSN went down for maintenance. Now it could just be a coincidence, but why else would they take the service down again if it has only been live for just over two weeks? 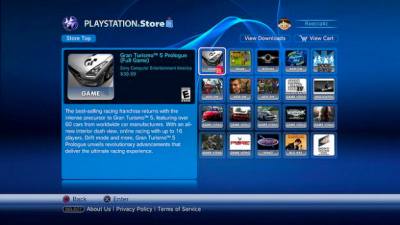 We have now seen six PSN Store updates missed, and we are fast approaching our seventh. Users today have been experiencing issues with signing-in in the U.S. and Europe, which is seen as a sign that Sony is working hard to offer us full service once more. We all need to watch this space, but the smart money is on Tuesday.