Well a lot of people predicted this would happen, and it now looks like ASUS may not be having a happy Christmas after all. Hasbro, the company who created the Transformers toy products and subsequently everything else Transformer-related, are now planning to sue ASUS for their use of the name Transformer, in their new Transformer Prime tablet.

The Transformers brand as you all know is a hugely successful product, and what first started out as toy figures toys made by Hasbro, has now turned into popular live-action films, with Hasbro even having a say in the each of the films production.

Naturally when ever you think of the word ‘Transformer’ as a product, Hasbro’s toy robot instantly comes to mind, and this is evidently part of the reason why Hasbro has decided that enough is enough and the Transformer Prime tablet from ASUS bears too many similarities to their product brand and have made the decision to take action.

According to PC Mag, a lawsuit has now been filed by Hasbro against ASUS, accusing the Taiwanese-based company of ‘trademark infringement, unfair competition, and trademark dilution’. They are now seeking damages and want a court to rule on ASUS not being able to use the ‘Transformer’ name in their Transformer Prime tablet, or any other future products from the company.

ASUS has yet to reply to the lawsuit, but they traditionally have 21 days to issue a statement on the matter. It’s worth noting that prior to the Transformer Prime tablet releasing, Hasbro contacted ASUS to ask the company not to use the name for their product. Obviously their calls went unanswered and so Hasbro sees no other alternative than to take this to the courts.

As a tablet device that ‘tranforms’ into a laptop, do you think Hasbro are right to pursue legal action against ASUS over the Transformer Prime name? We have a feeling that opinion is going to be divided on this one. We’ll let you know when ASUS release a statement. 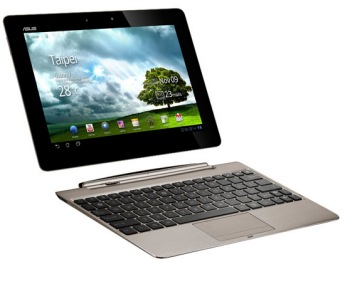