If you are a fan of Asus’ unique products, you are probably keeping one eye open for news on the highly anticipated Asus Padfone X. It’s a tablet and phone combo which is coming to AT&T, but since its announcement we are still without a Asus Padfone X release date and price.

This unusual-looking hybrid has definitely caught the eye and AT&T has wasted no time in snapping up the Padfone X as a US exclusive on their network. This is bad news for those who were hoping to see a Padfone X Verizon release, but obviously great news for those that are looking for a new tablet and only have AT&T as a viable option.

This week, we’re pleased to say that AT&T has now released the all-important Asus Padfone X specs. We can confirm that the device is going to pack some great performance, especially on the tablet side if you were previously worrying that all of the features would be reserved for the phone side of the device.

For example, the Padfone X in tablet mode will feature a 9-inch display with a 1920 x 1200 resolution over 252ppi. There’s also a 13 megapixel rear camera, 2GB of RAM and a Qualcomm Snapdragon 800 2.3Ghz quad-core processor that powers both modes of the device. 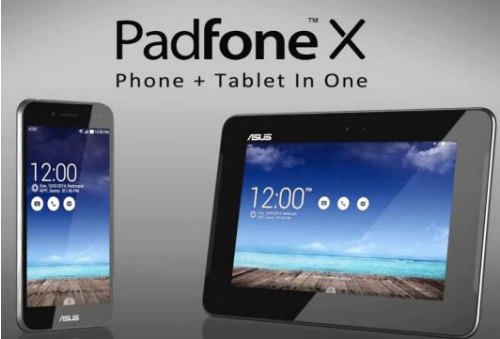 16GB of memory is available, with the option of expanding this yourself with MicroSD card. There’s also a 4,990mAh battery on the tablet ensuring that battery life won’t be a problem – when using the phone by itself though, there’s a separate 2,300mAh battery on board.

Android 4.4 Kitkat will be available out of the box as standard and presumably an upgrade straight up to Android 4.5 as well once it is available later this year.

All we need now is for AT&T to announce a Padfone X US release date, but we’re guessing this information will come sooner rather than later now that the specs list is out.

Is this something you are looking to buy this year or not?