Asus has expanded their PadFone family today by launching a new Mini version. The tablet-smartphone hybrid should shake up the market somewhat with its versatility that most other companies do not offer.

The PadFone Mini is quite unique in that it is not actually a phablet; rather a smartphone that also functions as a tablet. Whilst in its phone form it is a 4.3 inch handset, which then becomes a 7 inch tablet when it is slid into its shell. The device essentially gives you two options in one and will certainly add an extra appeal to consumers.

In terms of the quality of the PadFone Mini it is probably in the middle of the spectrum, featuring a 960 x 540 LCD screen in its smartphone form. When used as a tablet the device carries a 1,280 x 800 display with an 8 megapixel back camera and 2 megapixel front. The device is shipped with Android 4.3 and weighs 105 grams or 310 depending on how it’s being used. 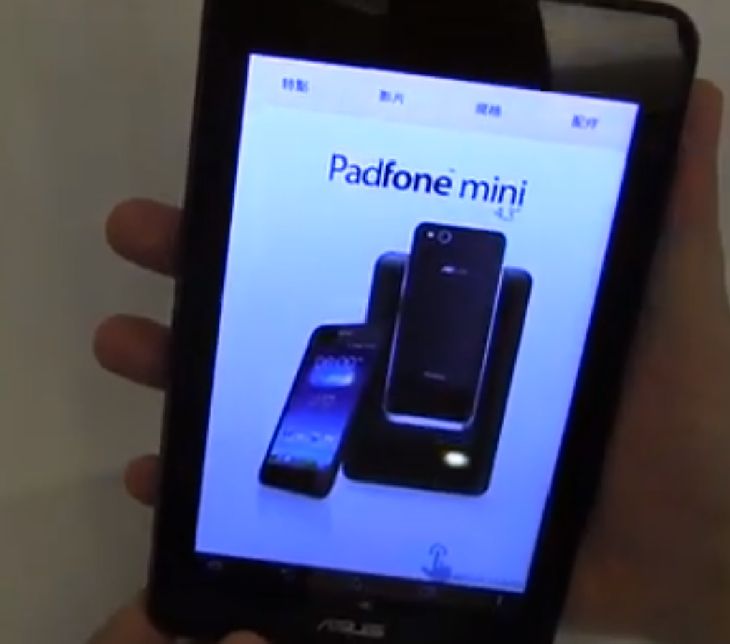 The PadFone is powered by a quad-core 1.4GHz Snapdragon S4 MSM8226 with 1GB of RAM and Adreno 305 CPU; 16 GB of internal storage is provided with the ability to upgrade via a microSD card slot. The battery on the device is rather poor at 1,500 mAh and 2,200 mAh for the smartphone and tablet forms respectively. The tablet shell will charge the smartphone whilst connected however.

The PadFone Mini will set you back $400 and comes in black, white or pink. The device is being sold in selected parts of Asia with a US and Western launch planned for 2014. You can see the device in action in this hands on video.

Is the Asus PadFone Mini a gadget you would buy or are you holding out for something else?