With the Mobile World Congress fast approaching we will no doubt start to see a few leaked images and news of upcoming smartphones and tablets, and the new 8-inch ASUS P008 tablet is a very good example of this.

If you are on the market for a new tablet, then this new one from Asus is sure to be on the market soon, especially as it has recently been benchmarked.

However, try not to get too excited, as the ASUS P008 tablet performance could dissatisfy many of you because it is not the most powerful tablet on the market, although it is a more than capable device. 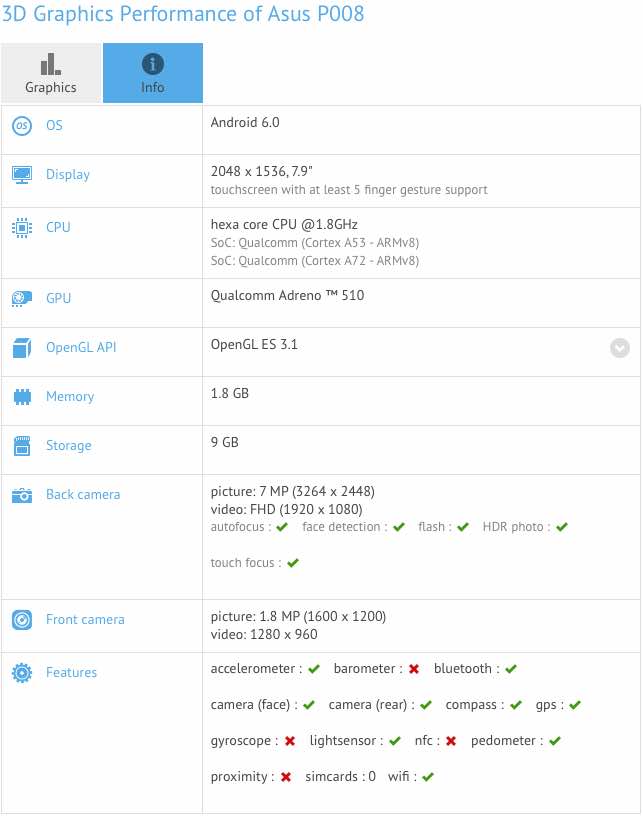 GFXBench shows that the ASUS P008 specs consist of an 8-inch display with a resolution of 2048 Ã— 1536, 1.8GHz Qualcomm hexacore processor, 2GB of RAM, a 7-megapixel camera to the rear and 1.8mp up front. The tablet will also run on Android 6.0 Marshmallow, which is even better than some high-end Android tablets already on the market.

There is still uncertainty with this tablet, as the specs might not be the real deal, and so we will have to play the waiting game. While we do not know the release date of this new 8-inch Asus tablet, we suspect that it will be post MWC 2016.