The Nexus 7 is considered one of the best 7-inch tablets on the market because of its value for money and hardware, and over the past couple of years was the work of Asus. However, there are increasing rumors that the Nexus 7 3 will not happen, and in its place for 2014 could be the Nexus 8.

It is looking more likely that the Nexus 8 is a go and will be released later this year, and we might get to see it during Google I/O later this month. What’s more, it is evident that HTC could be manufacturing the Nexus 8, but Asus is not about to take this lying down because they have already countered this move by Google.

Bring on the Asus Fonepad 8, which is a tablet that also doubles as a smartphone, meaning you can also make calls. That is not all, there is also a 7-inch version as well, so it would seem that Asus has both bases covered. 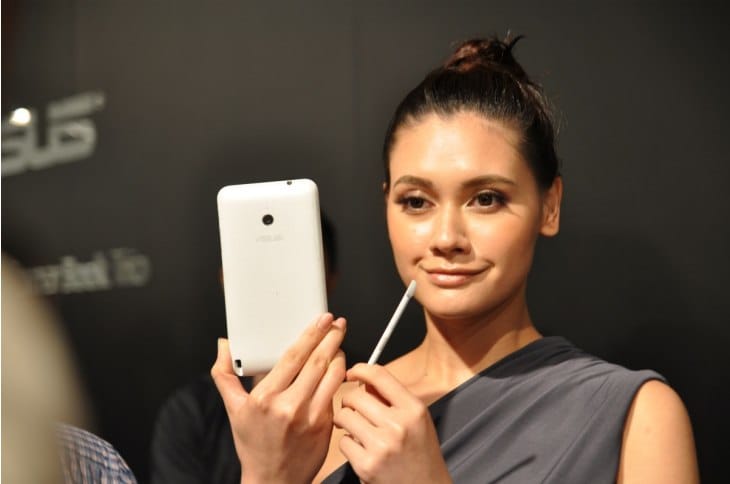 Now you might think that the Nexus 8 would have the edge because of rumors of a 64-bit chip being used, but the Asus Fonepad 8 specs boasts a 64-bit processor as well, which will not only take the fight to other Android handsets, but also tablets.

Asus Fonepad 8 vs. Nexus 8 — If this is true, then the Fonepad 8 could be a real nuisance for the Nexus 8, and the 1.8GHz Intel Atom Z3560 CPU is just the start. However, we do have an issue with the 1GB of RAM, which seems a bit low when you consider rival tablets and smartphones are rocking around 2GB more, and no doubt the Nexus 8 will have it beat in this area as well.

Get a closer look at the Asus Fonepad 8 by watching the video below, and tell us if you think its specs will outperform the rumored Nexus 8.