It’s been teased for ages now, and it was finally nice to see the Aston Martin Vulcan at the Geneva Motor Show yesterday. Sadly, we never got up close and personal ourselves, but we have seen plenty of videos showing the new track-only supercar, which you can see for yourself below.

Those of you with an eagle eye will notice the Aston Martin Vulcan has similarities to the DB10 and One-77, but for those that cannot, we are only too happy to point them out to you.

The Vulcan is based on a lightly modified version of the tub from the One-77, which is also similar to those used on the McLaren P1 and the Ferrari LaFerrari. 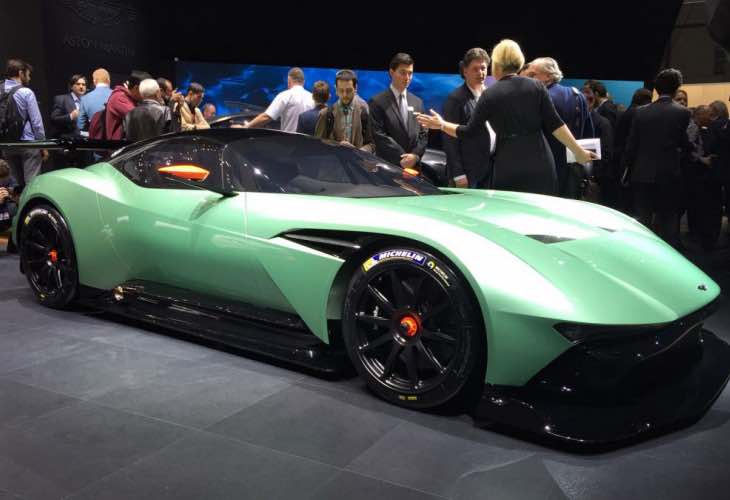 Using the same carbon tub meant that Aston Martin knew the Vulcan was going to be very rigid, although a few modifications had to be made to take that new 7.0-litre V12 engine that pushes out around 800 horsepower.

As for the DB10 similarities, you will notice that the face on both the James Bond car and the Vulcan are very low, which could be a hint of things to come from Aston.

What are your thoughts on the new Vulcan supercar bred for the track from Aston Martin?