We recently reported that Aston Martin could be releasing a new version of the Vantage, and we’re glad to say that the rumors were correct. However, if you want one then you will have to be prepared to pay the Aston Martin V12 Vantage S price, which is expected to be around $200,000.

However, let’s not forget the Aston Martin V12 Vantage S performance, as it is going to be mind-blowing, offering figures you would normally associate with a far more expensive vehicle. Although we’re not certain how well it will compare around the track to one of the more expensive rivals? 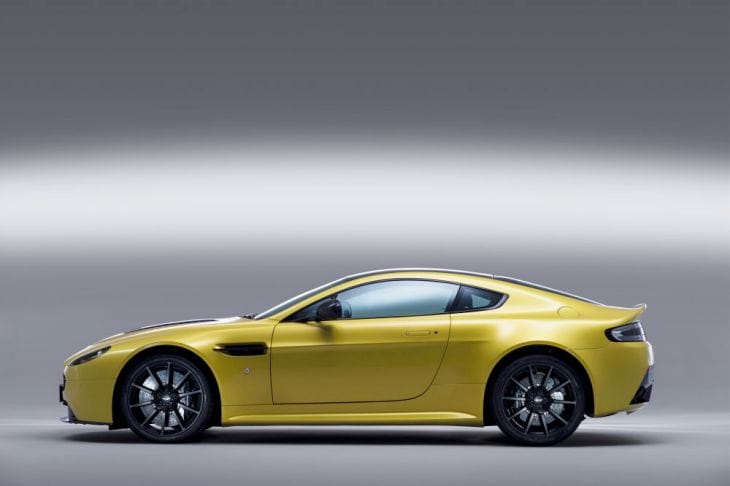 The main Aston Martin V12 Vantage S specs of importance — Supplying the power is the AM28 engine, which is a 6.0-liter V12 unit pushing out 565 horsepower, 50 horsepower more than the current Coupe model. This is enough to produce 475 pound-feet of torque and a 0-60 mph time of below 4 seconds. The Aston Martin V12 Vantage S top speed will be 205 mph, which is 15 mph more than the Coupe model. 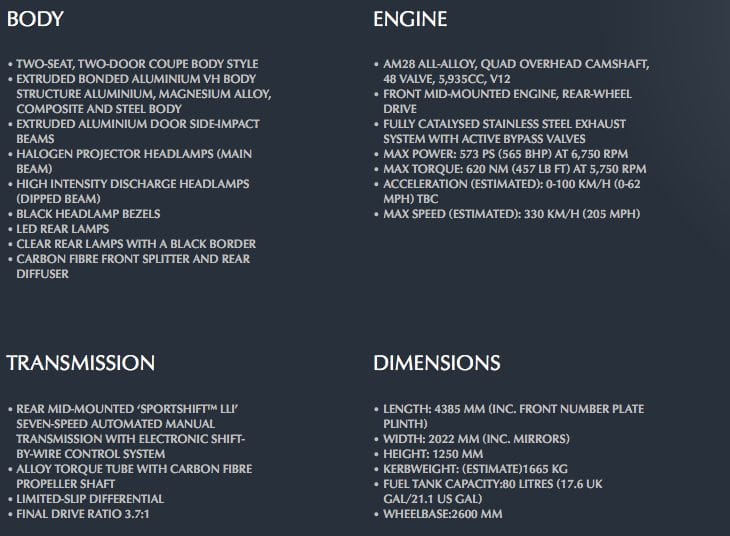 You can see the new V12 Vantage S in action in the video we’ve embedded for you below, and it won’t take you long to fall in love with that lovely exhaust note. And you can also view the Aston Martin V12 Vantage S specifications in detail above. 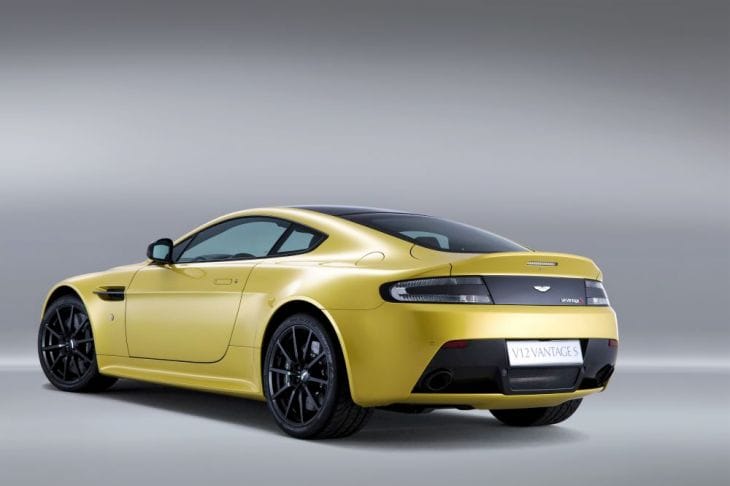 If you’re looking for a new Aston Martin with unprecedented performance levels and superb engineering, then the V12 Vantage S is for you, but will it live up to the hype? 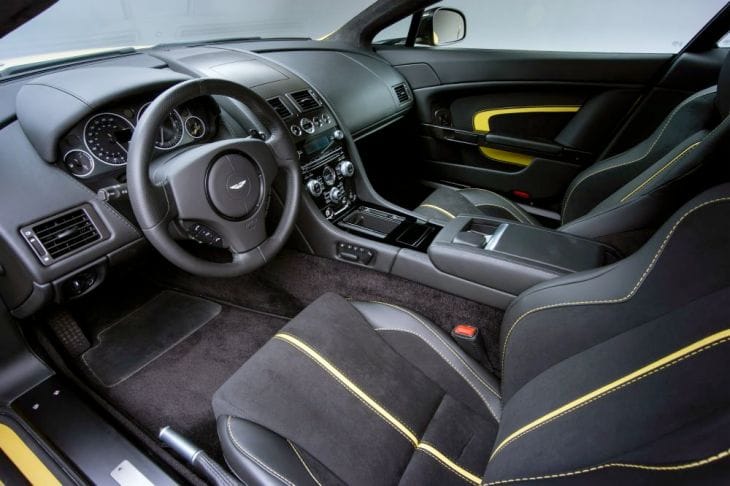 The issue we have with the V12 Vantage S is that Aston Martin is rehashing the same vehicles over and over again, as the differences are only subtle. Isn’t it about time the design of their cars would evolve because something different looking would be awesome to see? Okay, so we know that there have been improvements to its performance, but the exterior design is now starting to look a little tired.