We have known for a while that the Aston Martin DB11 will see its debut at the Geneva motor show in March, although for those of you eager to know what to expect, a few tidbits of information has already leaked. We have already started to build up a good picture in our head of what to expect, and speaking of which, an image has now leaked showing off the Aston Martin DB11 interior. That’s not all; news has also become available of another engine option.

Two images of the DB11 interior have been shared on the Autocar website, and so gives us the best indication yet of how refined the new Aston Martin will be. We have seen similar images before, although they were disguised in a way that we were unable to make out key features of the cabin – until now that is.

Some areas of the interior are still covered up, although you do get the general layout. The good news is, you only have around a month to wait before we finally get to see the DB11 in the flesh so to speak, although Aston Martin may have a press release ready a few days before its debut at the auto show. 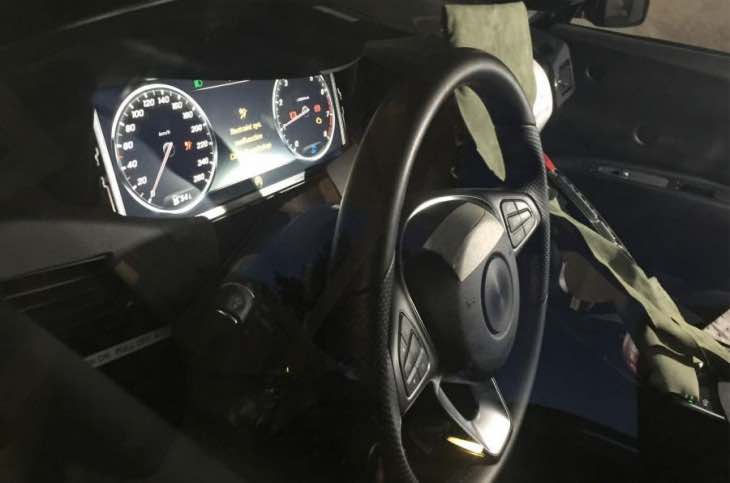 More Aston Martin DB11 engine news – The successor to the DB9 will come with a new engine option, which will be the 5.2-litre twin-turbocharged V12. This power unit will product around 600 horsepower, although no performance figures have been shared at this time.

To help complement this new engine is a shift back to manual transmission, an option that is not available with the current DB9, and there will also be the option for an eight-speed automatic gearbox.

As for availability, we are told that the DB11 will go on sale later this year, with a convertible version coming in 2017.