James Bond Spectre is the name of the next movie from the franchise and in a video that we have for you below, you get to meet the cast. However, one of the most important cast members would be the new Bond car and that goes to the beautiful, yet menacing Aston Martin DB10.

The reason we say menacing will become clear the moment the engine is started because it is an Mercedes-AMG engine, which we know will have plenty of grunt and is not afraid to warn you of the fact when you press the right pedal the floor. 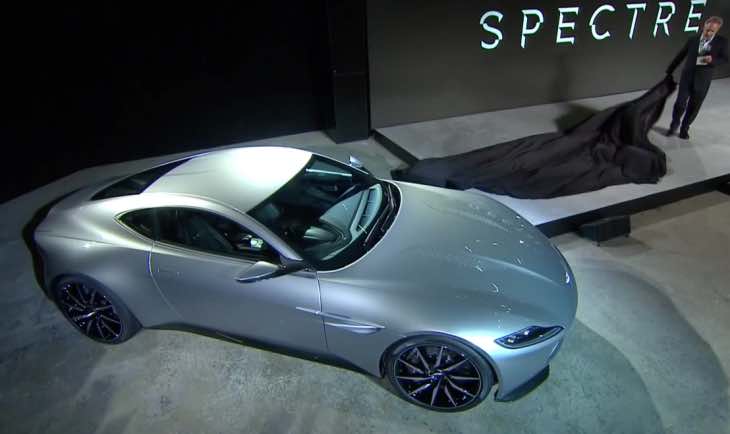 Before you get too excited the chances of you buying a DB10 is rather slim seeing as though there is to be a limited run of just 10 models, all of which are to be used by the studio making the new Bond movie.

However, we have to wonder what will happen to those models that survive filming, as they could be put into museums, or sold off at auction? Don’t despair though, as you will be able to get a flavor of the DB10 because we are told its design will help to influence the new range of Aston Martin models in 2016.

In terms of its size the BD10 sits between the Vantage and DB9, although its creases are stronger and sharper, while its rear end is shorter giving it a stockier look. You will also notice in the video below that the headlight design is new and the air vents on the side do seem deeper than previous models, which will look awesome once these design tweaks make it to the future Aston Martin road going models.

One thing that could be a concern is messing with that iconic grille, as some people will argue that it has watered down what makes Aston Martin so great, while others believe it is a bold move and a sign of a new begining.