Assassin’s Creed Unity is already out in the U.S. but those of you in the UK still have to wait until Friday to get your hands on the game. The wait will be an agonising one, but three days is surely not too long to wait? Some gamers would have already pre-ordered their copy of this latest game from the franchise, but for those who did not may be interested to know how much you will pay at certain retailers in the UK.

The three main stores that people tend to visit to get their new titles are Asda, Tesco and Game, although Sainsbury’s is also very popular, but the only way to find out how much they will sell Assassin’s Creed Unity for is by phoning them, as they no longer sell games online. However, after calling them, they were unable to share price details with us just yet. 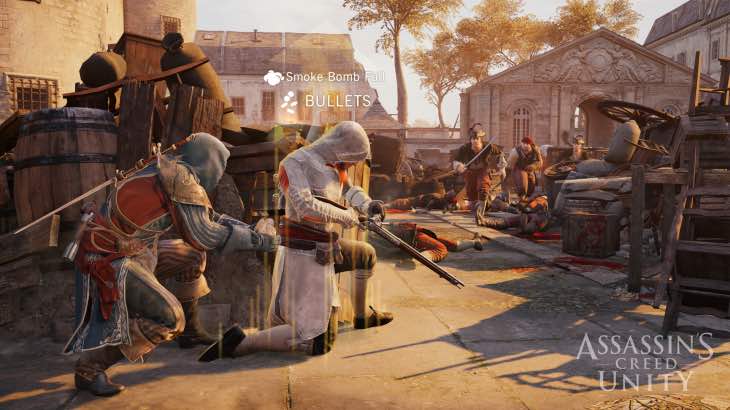 Price at Asda – The Standard Edition costs £39 on PC, and £44 on the PS4 and Xbox One. As for the Bastille Edition this is to cost £55 each on both new generation consoles.

Price at Tesco – The PC, PS4 and Xbox One versions for the Standard Edition is £40, £46 and £46 respectively. If you would rather the Bastille version, the prices are £50 for the PC and £60 for the new-gen consoles. However, you can use your Clubcard Boost to get a good discount.

Where are you buying your copy of Assassin’s Creed Unity from and what edition?