We know that there are going to be inevitable Assassin’s Creed Unity PS4 Vs Xbox One Vs PC graphics comparisons, but with the game not out yet in Europe we may have to wait until next week to see them.

One user who has a hardcore PC setup though has already wasted no time in showing off what the game will look like on PC with a 3930k resolution. The setup used to achieve this level of clarity comes courtesy of the Nvidia GeForce GTX 980 SLI package which will offer around 30-40FPS on max settings. 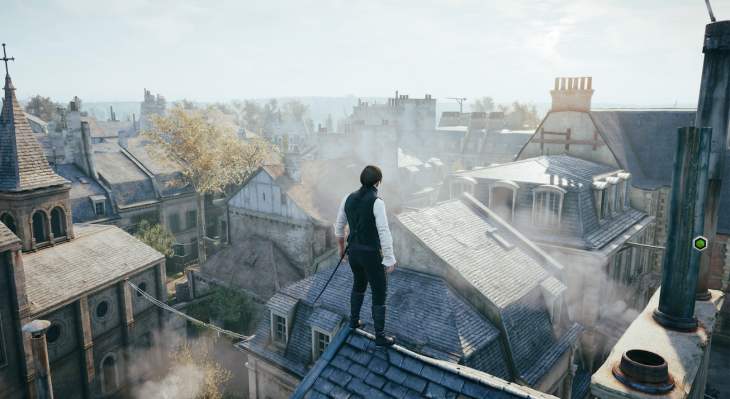 Take a look at the town (download link in 4K here)using these settings just to give you a taster. Most will agree that it is pretty stunning considering that this isn’t even a cutscene in the game, just a screenshot from open play.

Another image below gives you a close up of how facial models (download 4K image here)will look like at 4K resolution. Pay close attention to the level of detail used for the hair effects – pretty staggering we have to say seeing what Ubisoft has managed to achieve.

While we fully expect PS4 and Xbox One versions will look impressive, these two images here are a good example why some gamers will always choose PC.

View the whole album here and give us your reaction to the graphical quality. Are you impressed with what Ubisoft has created with Assassin’s Creed Unity or not?