We told you earlier this month that Ubisoft were working on Patch 3 for Assassin’s Creed Unity and now we’re pleased to give you an update on the situation. The new update is on the way, with Ubisoft now revealing a partial list of Assassins’s Creed Unity Patch 3 notes so far for PS4, Xbox One and PC platforms.

It’s great to see that Ubisoft are working so hard to fix up the issues that some users have been experiencing since launch. It’s not easy for a AAA game launch to release without any problems, as more often than not this year most games have faced issues immediately after launching.

Communication is key though and we can see that Ubisoft are keeping the community updated with what is coming next. We told you that the Patch 3 update will be revealed as the 1.03 update on PS4 and the 1.3.0 update on PC – Patch 3 is what Ubisoft are calling it though to keep things clear and simple. 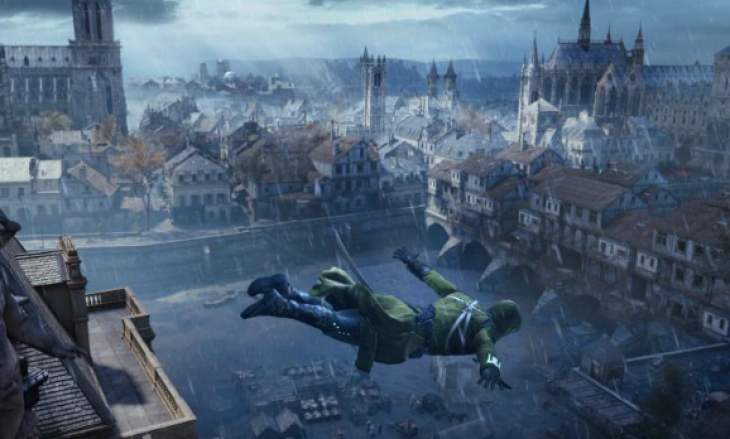 On their website, Ubisoft has detailed the key areas which will be targeted with Patch 3. They include elements such as Assassin’s Creed Unity’s Arno stuck on maps in certain areas, continued crash situations and also fixing problems that occur during host migration.

The developer has been keen to point out that this is not the final list. It’s a work in progress but will target specific key areas. We’ve included the full partial notes below to give you an idea on what else is going to be fixed.

As of now, there is no ETA on the Assassin’s Creed Unity Patch 3 release date. We have a feeling though that it will be out before the end of the week judging by Ubisoft’s speed of releasing patch 1 and 2 so far.

Take a look at the list and let us know what you think. Which area of the game are you having problems with at the moment?

Gameplay: this includes bugs like Arno getting stuck on certain areas of the map (including a few more hay carts), problems with getting into/out of cover, character animation bugs, and general camera problems

Matchmaking & Connectivity: this covers a number of issues related to co-op play, including bugs with joining games in-progress and problems that happen during host migration

Menus & HUD: fixes in this category will address missing details in certain menus, problems with some of the mission objective and co-op update pop-ups, localization inconsistencies, as well as some of the issues with menus and pop-ups overlapping each other

General Stability: this includes fixes for a number of crash situations we’ve identified in both campaign and co-op modes.