We’re always on the look out for the best gaming deals on PS4 and Xbox One and today we have a beauty for you which could be one of the best we’ve ever seen.

CDKeys are now offering a digital download of Assassin’s Creed Unity on Xbox One for just £0.99. Originally £39.99 it is now available for under a pound for a limited time. 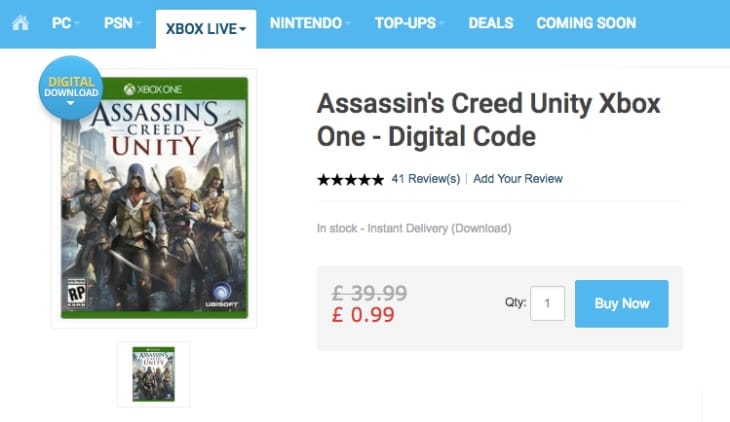 Obviously the game is fairly dated now having released back in 2014, but for £1 do you really have any other questions?

This is the one set in Paris during the French Revolution and a very enjoyable adventure if you have never played it before.

We’re not sure how long this deal will last, so leave a comment if you manage to grab a code for £0.99 to let other gamers know.