The game has only just managed to get out of the door, but some are already finding problems with the game. Ubisoft has already confirmed that Assassin’s Creed Unity runs at 1080p and 30FPS, but gamers are already finding out that Unity’s framerate isn’t locked at 30FPS and can dip well below that in some instances.

We have one video to show you as evidence, suggesting that it is not just a coincidence and that there is indeed a problem. Hopefully it is something that Ubisoft can fix with a simple Assassin’s Creed patch update to fix these lag problems. 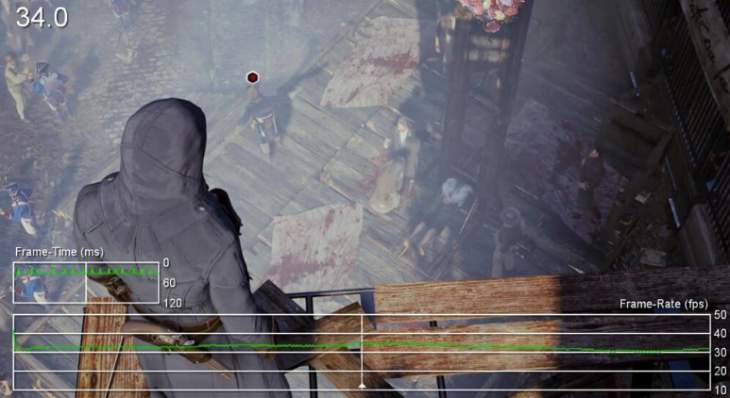 It could just be a simple issue which Ubisoft can fix instantly rather than a major problem involving more time to fix. There are plenty of people complaining about it on Twitter though and there’s also an entire thread dedicated to this on Neogaf.

If the game is dropping below 20FPS, obviously something is not right. We are glad that gamers are sharing their problems so quickly though, as it means that Ubisoft can get to work before launching the game in other regions at the end of the week.

What is your status with the game at the moment – are you seeing Assassin’s Creed Unity framerate drops on Xbox One, PS4 and PC or not?