So you have made the choice that your next new game purchase will be Assassin’s Creed Syndicate, as CoD Black Ops 3 is not your thing, and so the next decision you have is where to buy it from in the UK. We know there are several retailers, such as Argos, Asda, Game UK, Sainsbury’s and Tesco.

Ok, so we know this game will not be nowhere near as big as FIFA 16 for the UK market, but it still has a huge following, and so we can see it being very popular when released in a few days time.

The best Assassin’s Creed Syndicate price that we have found is at Game UK, as the prices are £41.99 for the Standard Edition on the Xbox One and PS4, and £49.99 for PC as a download only. 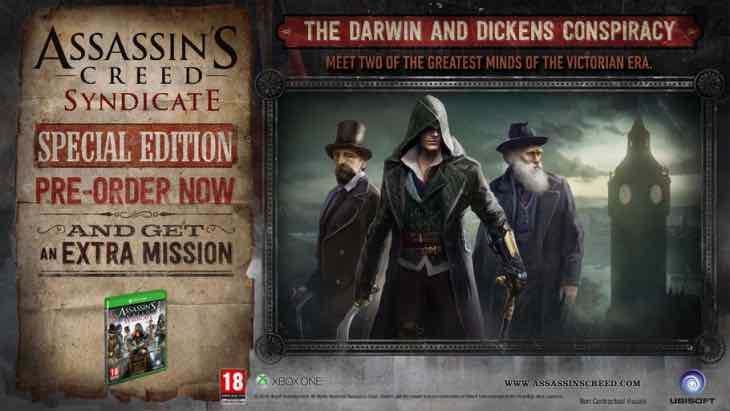 However, Tesco is only a Penny more expensive at £42. As for Argos, the price you will have to pay is £45.99 for the Xbox One and PlayStation 4 versions.

There are other versions of this game available, although they come at a higher price. You have the Assassins Creed Syndicate The Rooks Edition for those two consoles mentioned above for £54 at Tesco. That particular version is 99p more expensive at Game UK.

Having said that, you do have a greater choice at Game UK, as you have the Special Edition for £45.99, The Charing Cross Edition for £69.99 along with several others that also come with a Season Pass from £69.99. Have you already preordered your copy?