The release of Assassin’s Creed: Revelations is still a few months away yet but that hasn’t stopped the buildup to it from heating up. Ubisoft have been fairly generous in the content they have released so far, and judging from the trailers and the screenshots we’ve seen, the game looks graphically amazing.

We have some exciting news about the Revelations multiplayer BETA today as the company behind the game has announced it will be available exclusively to PlayStation Plus members from September 3rd. Select Uplay members will also be able to experience the BETA first, though it will only be available until September 11th for both groups.

Although the ACR BETA is not out for a few weeks Ubisoft have been kind enough to give us a few details on key features of what to expect with a promise that more details will be surfacing on a dedicated web page soon.

First of all we have the various maps that will be available. These are called Constantinople, Antioch and Knight’s Hospital. All three are designed for a more strategic approach and are apparently easier to avoid line of sight in.

There are also details on the various characters you can lay during the BETA. There’s a choice of nine to choose from, they are The Champion, The Trickster, The Bombardier, The Deacon, The Thespian, The Vizier, The Guardian, The Vanguard an The Sentinel. Each has customizable sets of ability and animations but share the similar behavior overall.

While both the sets of maps and characters can be used from the outset, the abilities that are available in the BETA are limited to start with. The rest must be unlocked by increasing the rank of your character. These abilities are similar to the ones in AC Brotherhood except minor improvements have been made based on fan feedback. Abilities available are: Morph, Poison, Smoke Bomb, Throwing Knives, Fire Crackers, Disguise and the new ones are Closure and Tripwire Bomb.

Lastly there are four modes available, these are Artefact Assault and Deathmatch which are new and Manhunt and Wanted. They are all available from the start and the new modes were designed based on fan feedback again.

Will you be downloading the BETA for your PS3 soon? 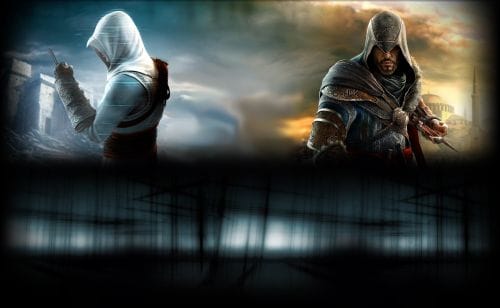