Ubisoft is on a mission to make a success of the mobile version of its popular franchise, Assassin’s Creed, as they have just released a new game for iOS. The previous game to hit the iPad, iPhone and iPod touch seemed half-hearted, while this new one promises to offer a true AC experience on a tablet or smartphone. However, there are a few bugs within the game that stop users from seeing what it is truly like.

We have learned that some Assassin’s Creed Identity users are experiencing crashing and lag issues, and not just on older iOS devices like the iPhone 4S, but newer models, although not sure if they mean the iPhone 6 as well. One user took to iTunes to ask Ubisoft to sort the constant crashing out, and if not it would force them to quit playing the game. 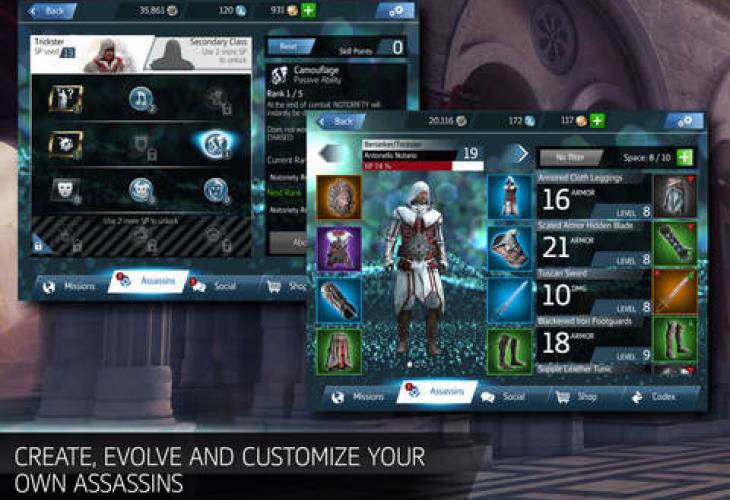 You could try to downgrade the graphics, but that is defeating the point of this game. Ubisoft has yet to comment on these issues, although we would suspect they are already working on a fix to resolve these issues.

Rather than talk too much about the game itself, we thought it would be better to include a video for you, which explains what Assassin’s Creed Identity is about. The price for this app is free, but don’t let that fool you because there are in-app purchases at a price of $6.49 for the Basic Credits Pack, $12.99 for Medium Credits Pack, $31.99 for Big Credits Pac, and finally, $64.99 for the Full Credits Pack.

One last thing, the Assassin’s Creed Identity game is currently unavailable in the likes of the UK and US, although you can download it on iTunes Australia, and New Zealand.