If you need an extra incentive to pick up the recently released Assassin’s Creed: Brotherhood game, this video we’re about to show you may help you. It has been confirmed that you’ll be able to unlock a playable skin for Metal Gear Solid character Raiden.

You may think it’s slightly odd that Raiden would feature in Assassin’s Creed, but the clip is pretty awesome to say the least. Raiden won’t feature in the main single-player campaign, instead you’ll have to unlock him in the Animus’ new virtual training mode.

Once you have completed a series of tasks in these missions, you’ll see that Raiden is the last unlockable reward, and to give you a bit of motivation, Ubisoft has released a teaser showing how Raiden looks in the game. 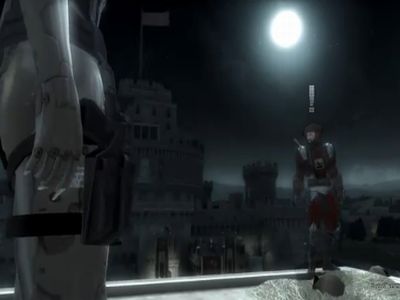 For those of you that are wondering, it’s not the first time that a MGS character has been hidden away in a non-Metal Gear game, as you may remember us telling you how you could unlock a Solid Snake skin in Castlevania: Lords of Shadow. Don’t forget that you could also play as Snake on Super Smash Bros on the Wii – oh the memories.

If you have Brotherhood already, let us know if you have unlocked Raiden yet. Is he any good or not?