The last time we heard about any new downloadable content for the hugely popular Assassin’s Creed: Brotherhood game was back in December last year, when we brought our readers a few details regarding the Animus Project 1.0 DLC update.

Now it appears that Ubisoft has just announced that another DLC pack is on its way. According to a recent article by Liam Martin over at digitalspy.co.uk, the new pack — entitled “The Da Vinci Disappearance” — will be available on the PSN and Xbox Live at the beginning of March.

Although we don’t actually have a confirmed price for the PlayStation Network as of yet, we do know that the DLC pack will cost 800 Microsoft Points from Xbox Live. The pack will contain both single and multiplayer content, as well as new achievements. 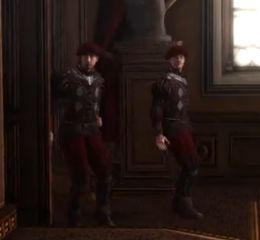 “The Da Vinci Disappearance” DLC will also feature brand new characters — the Knight, the Pariah, the Marquis and Dama Rossa. The new single player mode will have players trying to rescue a kidnapped Leonardo Da Vinci, who has been taken by an underground cult.

As Mike Sharkey over on the gamespy.com website recently reported, the new content will also provide players with a brand new multiplayer map called Alhambra, which is said to be set in Spain’s Albaicin of Granada and includes multi-leveled indoor and outdoor areas.

You can view a teaser trailer for the upcoming DLC pack via the gamespy.com website. Are you looking forward to the new downloadable content?