We haven’t heard anything regarding Assassin’s Creed 6 or Assassin’s Creed Victory news yet, but thankfully Ubisoft are now ready to dish the dirt on this year’s iteration of the annual franchise.

The company has just announced that an official unveil of the next Assassin’s Creed 2015 game will be shown on May 12 – which is next Tuesday.

Even better, Ubisoft has even given an exact time for the reveal. It will take place at 5pm UK time, or 12pm Eastern Time / 9am Pacific Time for everyone over in the US. 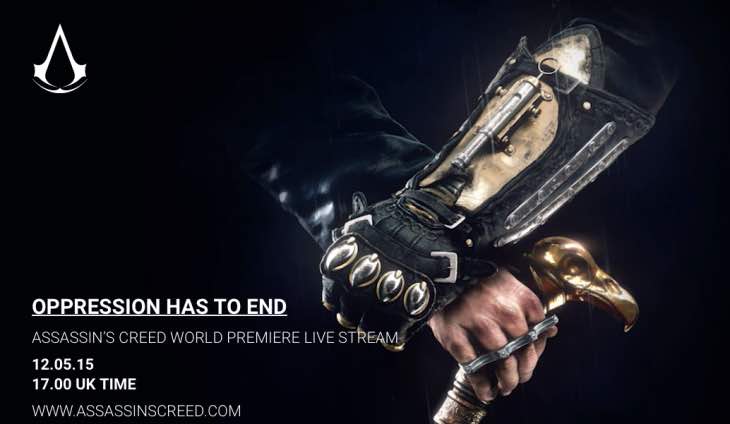 The interesting thing to note is that although the Assassin’s Creed 6 location is thought to be in Victorian London, the game may no longer be called Assassin’s Creed Victory as previously thought.

Instead, there’s suggestions that Ubisoft may be planning to change the title to Assassin’s Creed Syndicate. Either way, May 12 holds all the answers and the only way to watch it first is direct through the official website.

After Unity, are you ready to buy into the franchise again or do you believe that the games are releasing too fast each year?