Assassin’s Creed 3 is now available to buy and judging by the review scores that have now gone out, it is well worth your time and effort to pick up the game at the first opportunity. However, there’s some early criticism too as Ubisoft has detailed a rather lengthy day-one patch, leading some to question whether the game had been rushed out to meet a deadline or not.

It was only days ago that we told you of the very same situation for EA’s Medal of Honor: Warfighter game, which is still getting battered all over the place with the general consensus believing that the game just isn’t that good. Assassin’s Creed 3 is a totally different ball game though as you know and we’ve already spotted a few perfect review scores from the likes of G4 and the Official Xbox Magazine.

Just like Warfighter though, Ubisoft has had to issue a sizable patch for the game on day one and we’re hearing that gamers are highly recommended to download the update as soon as they log into the game next. There’s almost 50 changes to read through, split up between bug fixes, crashing fixes, problems with side quests and issues related to the naval missions in campaign mode. 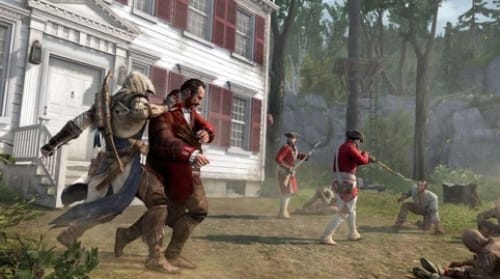 One such bug fix reads ‘Player could remain stuck if he exits a slopped hay stack at a certain angle’, which does pose the question on why this sort of glaring error hadn’t been spotted by Ubisoft during the development process. There’s another which states ‘Fixed various occurrences of missing sounds’ – leading us to scratch our heads on why Ubisoft’s sound department do not take care of potential sound losses before releasing the game..

If we remember correctly, the day one patch for Medal of Honor Warfighter also mentions various sound crash fixes, and there is still a constant sound issue in Battlefield 3 when playing online – just ask any seasoned player how irritating that is online. You can read through the list of day one Assassin’s Creed 3 fixes for yourself and then let us know if you think this is a big issue or not.

Are games simply not being tested enough before they release? We all know what has happened with the PS3 version of Skyrim and with the exact same thing happening to Medal of Honor: Warfighter, is there a slight element of laziness beginning to creep in? Or is it simply down to the fact that Ubisoft knew about the problems, but had to get the game out on Tuesday no matter what to keep EA happy? Give us your thoughts on this.