You could read the very first Assassin’s Creed 3 review and see that the game seems to be almost perfect, but this won’t change the fact that the game is not for everyone, especially when it comes to Navel battles and other gameplay found within the latest incarnation. Let’s take a look at what’s said to be the first Assassin’s Creed 3 review score for the Xbox 360 platform, and also a couple of reviews that have surfaced within the last 24 hours.

Assassin’s Creed 3 has a release date of OCT 31, tomorrow in the UK/Europe, and will launch today in the US. This means the reviews will start to appear in massive numbers over the next 24 hours, but if you’re really keen you can read and watch some insight today.

Over the weekend we found some Assassin’s Creed 3 gameplay that covered almost the whole game over many hours, which you can see here if you don’t mind a few spoilers. This weekend also saw the first review score arrive in this article, which didn’t review Assassin’s Creed 3 but rather quoted the 10/10 score from the Xbox Magazine in Italy. This review has been said to sing and dance about the game by calling it a “masterpiece“. 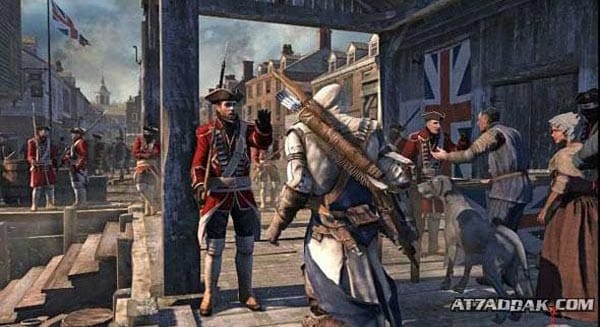 We have heard about some disappointment with Assassin’s Creed 3 although these bugs are likely to be fixed with a day one patch, and other reviews question if the 40 hour playtime is enough? Reactions to a question like this show that the majority of gamers feel this is enough playtime, especially considering the gameplay and story will impress most fans. Another review published today also mentions a couple of bugs, but states that they’re “absolutely nothing” after taking the size of Assassin’s Creed 3 into consideration.

Are you purchasing Assassin’s Creed 3, and if you’ve been hands-on what do you think? We’d also love to know how much value you give reviews and would it stop you at least renting the game? We had been hands-on with this game at a recent event in London, and this demo included some Navel battles that we enjoyed, but it is fair to say this won’t be for everyone.