The wait is finally over for PC users. After having to endure a period of frustration as console owners got to enjoy Assassin’s Creed 3 first, the game is now available to buy on the PC almost one month later. The immediate question that a lot of gamers will be asking now though, is how the PC version looks graphically, compared to the Xbox 360 and PS3 versions.

As we’ve seen with so many other graphics comparisons, it won’t be a surprise for us to tell you that the PC version of Assassin’s Creed 3 is the best looking by far – as long as you have the hardware to run the game at optimal settings. To give you an idea of the boost in visuals on offer, we have an excellent PC Vs Xbox 360 graphics video to show you courtesy of RedGamingTech – letting you see what a difference it makes to pick up the game on PC instead.

We see the same two scenes of the game played out side by side on both versions and it is pretty clear cut on the PC emerging victorious. PC owners may have been angry over the near one month wait, but they won’t mind it once they see how beautiful the game can run if you have a decent graphics card. 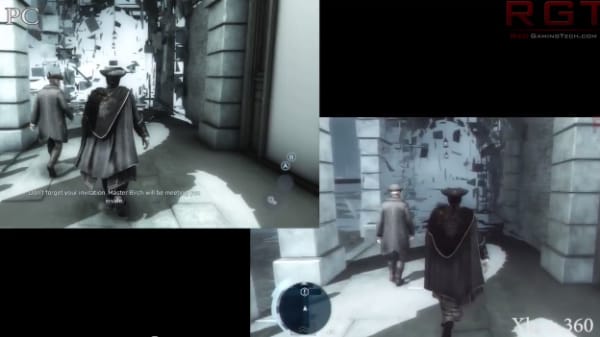 The game is enhanced in almost every way and although it is unrelated to the topic, it takes us back to an earlier article we wrote this week on the possibility of Rockstar not bringing out a PC version of GTA V. The visuals on offer here on the PC version are some of the best we’ve seen so it really is worth it forking out on a good graphics card if you want to get the best out of Assassin’s Creed 3 on PC.

Initially, we thought the console versions of the game looked fine, but now you see the true potential of what is capable on PC. Take a look at the footage below and let us know if you are impressed as well. We notice that the comparison references Assassin’s Creed 3 with ‘low’ PC settings – which still looks fantastic. Just to make sure, we’ve found another video for you which shows off the game with maxed out 1080p graphics for those that require it.

So how do you feel PC owners, well worth the wait right?