As most of you are aware, the PS3 version of Assassin’s Creed 3 is going to contain around an hour of extra content, which won’t be found on the Xbox 360 or PC versions. If you won’t have the chance to play the bonus gameplay, you’ll be pleased to hear that we have a little preview to show you, giving you the chance to see if it is worth it or not.

In an unusual turn of events, it appears that it is actually Sony who has managed to emerge victorious in the ever growing, but still painfully frustrating practice of ‘please make exclusive content for our console, we’ll pay you lots of money for it’.

The reality now is that Assassin’s Creed 3 on the PS3 looks like the superior copy to own, as it will give you access to the content, which Ubisoft has now unveiled to be based around the Benedict Arnold character. It will be split up between four different missions, with the main character Connor now working undercover for Arnold, as it ‘builds up to a full blown assault on West Point that Connor must halt at all costs.’ 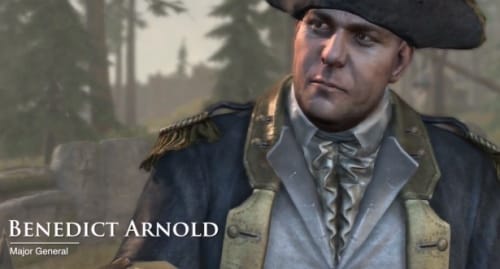 It looks like a really deep story-driven mini expansion, and the graphics on show look absolutely fantastic as well. Another pleasing aspect for PS3 users, is that these missions are free and no extra fee apart from what you pay for the game will be needed.

As a further reminder for Xbox 360 and PC owners, the Benedict Arnold missions are platform exclusive to the PS3, meaning that they will not be available for purchase after 30 days like other games – the only way to play this content is to get the PS3 version.

What are your views on this content being solely exclusive for the PS3? Do you see it as ‘sweet payback’ in a way for PS3 users, or has Ubisoft made a huge error in terms of their future reputation by not making it timed exclusive content instead? You can pick up the game along with the four Benedict Arnold PS3 missions on October 31st.