After weeks of silence, Ubisoft has finally revealed that Assassin’s Creed 3 is due for a world premiere unveil next week. A countdown is now underway on the official website, but box art already released also confirms that the game will take place during the American Revolution.

The game will feature a new protagonist, who Ubisoft promise to unveil in full on Monday March 5th dead on the 5pm mark. Take a look at the website here, you can just feel that it is counting down to something special.

An Assassin’s Creed game set in the 18th century is getting everyone talking at the moment, while further teases from the next cover of Game Informer only ignite speculation further. There’s been a lot of debate whether an American Revolution setting for the game is a good idea, but the images we have seen so far look fantastic so we can’t wait to see what Ubisoft has to say on Monday.

Let’s hope that their unveil includes a teaser trailer and won’t be just a reveal via text. Along with the countdown, Ubisoft has made the somewhat surprise decision to release the official box art for Assassin’s Creed 3 very early. The PC, Xbox 360 and PS3 versions all feature the same art, but below is the PC version just to give you an idea.

Are you a die hard Assassin’s Creed fan? If so, let us know what you make of the decision to place the main storyline at the center of the American Revolution – did you expect the game to go in a new direction after AC II or is this a great move by Ubisoft? There’s gotta be some patriotic Brits out there who have something to say about the box art. 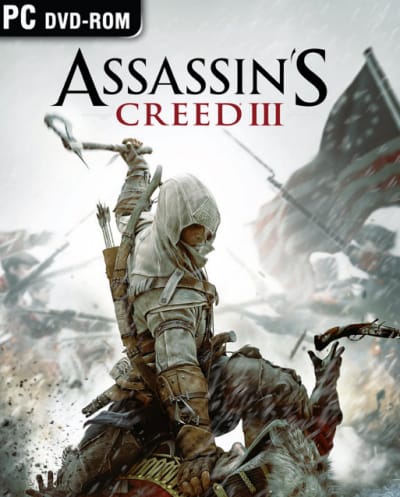