When FIFA 16 ships, you’ll be able to play as Walcott who will have a stunning 96 Pace stat in the game which is obviously pretty incredible.

Take a look at Theo Walcott’s stats on FIFA 16 to see everything for yourself. While he obviously lacks a good shooting ability, the fact that he can just blitz past opponents with ease is so much more beneficial in a competitive game. 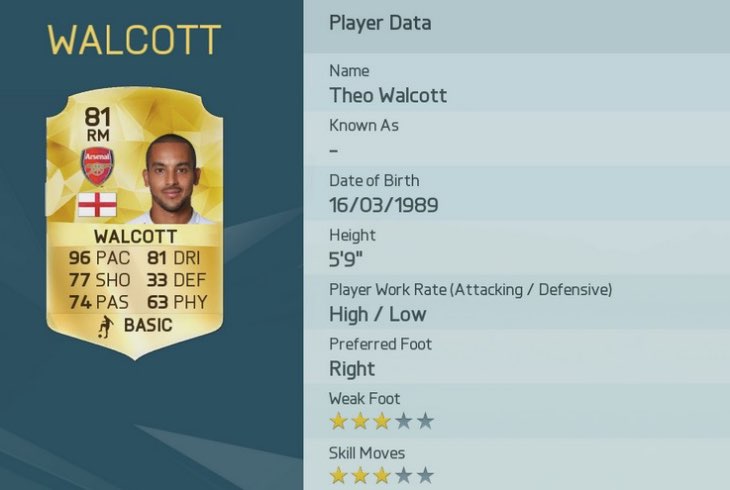 Being the fastest player in the entire game is some accolade and it instantly makes Walcott a luxurious attraction in terms of the FIFA 16 transfer market with players looking to build a team based solely on pace.

Other notable mentions include Aubameyang who has a 95 for Pace and also Gareth Bale who is still one of the quickest players in FIFA 16 with a 94 for Pace and other great stats on top of that.

Give us your reaction to this confirmation that Walcott is the quickest player in the game. For fun, is there any other player out there that you think is quicker than Walcott in reality?