There is less than an hour to go before the Arsenal vs. Leicester City kickoff and we have already seen the build-up all over the Internet. There is a lot riding on this Premier League match seeing as though Arsene Wenger is desperate for his team to make a comeback after his teams 2-1 defeat to Tottenham at the weekend.

We are sure fans of both teams will be eager to learn the Arsenal vs. Leicester score today, and if you are unable to watch the match live due to being at work or not near a TV, then you could always use the Sky Sports Live Football Score Centre

This app will allow you to keep up-to-date with the latest scores for football matches, both for the UK and European leagues, as well as cup competitions. 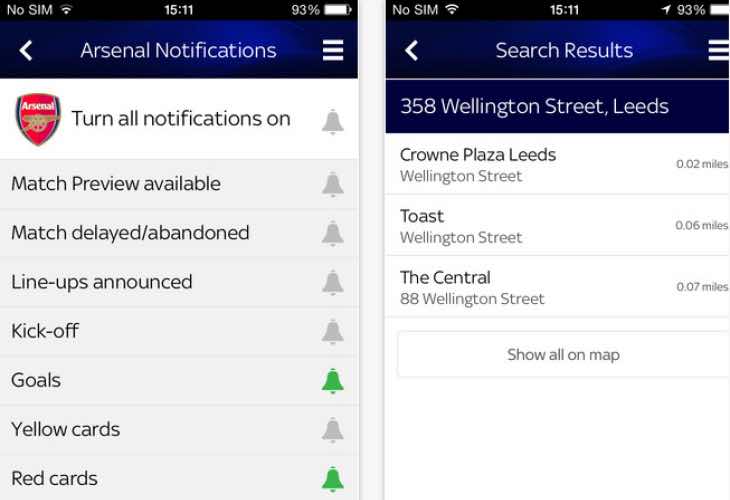 However, there had been some issues with both the Android and iOS versions of this app, and so had to release an update. The good thing is, the developers have listened to users and made a number of improvements.

VidiPrinter has been improved so you know you will be able to follow the goals with more accuracy. You can select player Team Line-Ups in the knowledge that the Player Profiles section has received a much needed upgrade.

Other improvements have been made to Live on Sky, an improved user experience and a refreshed redesign.

So what do you think the final score will be?