This weekend we get to see Arsenal Vs Aston Villa in the FA Cup Final for 2015, so as expected there’s a number of prediction videos arriving on YouTube and played out in FIFA 15. The Match Day feature gives gamers and football fans quick access to upcoming games, and they don’t come much bigger than this match on Saturday May 30. The FA Cup Final kickoff time is 5:30PM in the UK.

Arsenal Vs Aston Villa FA Cup Final in two predictions – the first prediction sees Tom Cleverley score for Aston Villa first and this is followed up with another from Olivier Giroud for Arsenal, which takes the teams into a 1-1 draw at half-time. The second half ends with Mesut Ozil and Carlos Sanchez both scoring to take the FA Cup Final into penalties. 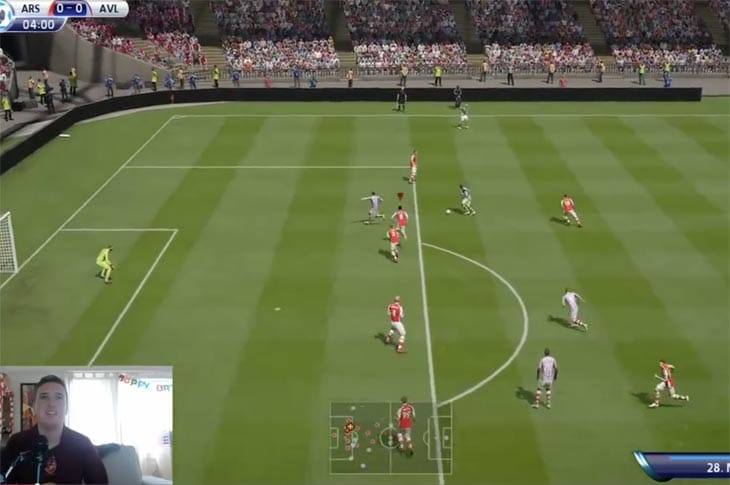 Take a look at the first Arsenal Vs Aston Villa prediction video below to see who wins the FA Cup Final on penalties. The second plays out a longer game, so this ends in a more unrealistic 9-3 win to Arsenal FC, but it’s still an entertaining watch.

Are you expecting the Aston Villa Vs Arsenal FA Cup Final to end in penalties? If not, what is your predicted score and what players would you like to see goals from? Personally, we are expecting this to be a close game as well, but with Arsenal taking it with a 2-1 win over Aston Villa.