Today is the return of the Barclay’s Premiership after a long break due to Internationals. FIFA 15 players finally have their Match Day live feature to look forward to today, especially with the upcoming Arsenal Vs Man Utd live match later on Saturday.

The big Arsenal Vs Manchester United team news for November 22, is that star striker Falcao is once again set to miss out for Man Utd.

The Columbian has still not recovered from injury and it’s another big game which he’ll miss out on. We can see EA’s Match Day live feature come into play once again, as in two predictions that we have for you below – Falcao isn’t available for selection either. 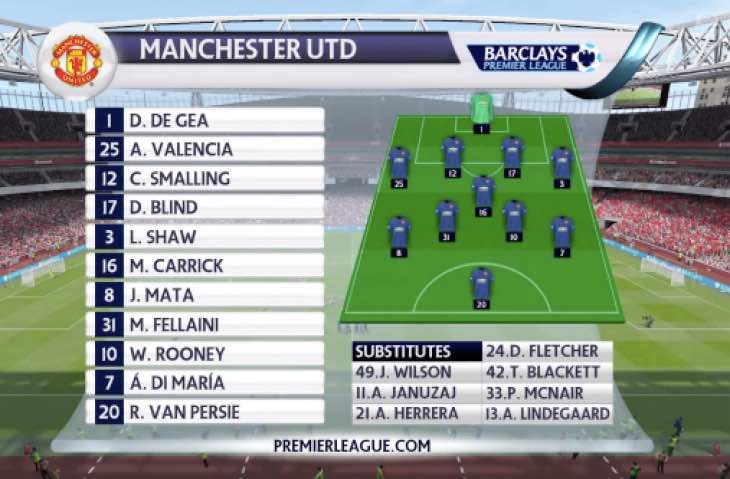 We love this aspect of the game, with EA trying to keep FIFA 15 as realistic as possible, when it comes to emulating the Premiership and of course Sky Sports News elements both in the FIFA 15 menus and in-game too with the layout.

As for Arsenal FC, Danny Welbeck may miss out in the game too against his former club. He is however included in the FIFA 15 prediction engine below, so you can see how he performs yourself.

Are you also in the process of predicting the Arsenal Vs Man Utd score on FIFA 15, as you prepare yourself for the game at 5.30pm UK time?

Watch the action below and let us know what you think about Falcao.