Arsenal has felt the need to make some improvements to its app so that the fans can get the most up-to-date news without the fear of there being any sort of issues on iOS devices. There had been reports in the past that some iPhones, iPads and iPod touches were having some issues, and so version 3.1.1 has managed to make some all-important improvements.

There have been no changes made to its design, just stability improvements. And minor bug fixes. We have yet to hear from any people that use the Arsenal app, and so we have no idea if the people that develops the app have been able to make good on their word, and that is to improve those shortcomings. 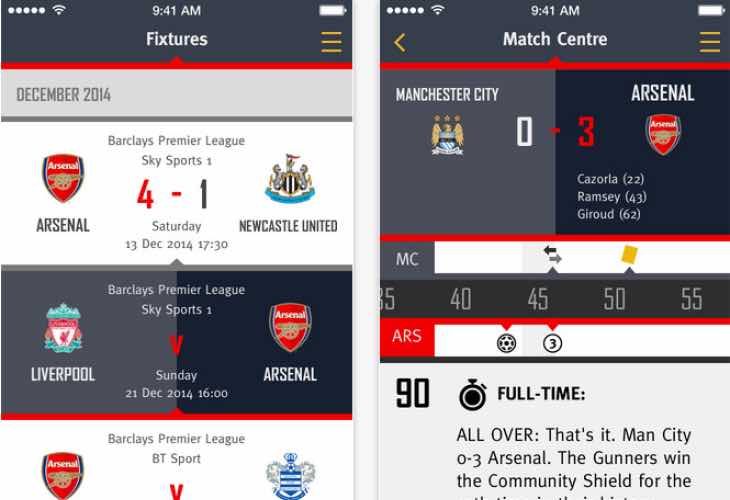 Having said that, we have a pretty good idea those fans will now be able to catch up on the latest Arsenal news, and so much more in the knowledge that their iOS device should no longer have any issues using this app.

Why not give the app a test run this weekend during the Tottenham vs. Arsenal match, which takes place on February the 7th, which is this Saturday. You will be able to take advantage of live text commentary, along with a review of the match once it has been played — although it could go very bad if the team does not get the result it wants.

Download or update the app today and let us know if you are happy with the improvements, or if there is anything else that needs to be improved.