You already know that Theo Walcott is the fastest player in the world according to EA and their FIFA 16 database, but now we have the confirmation through from Konami for PES 2016 and they have also chosen an Arsenal FC player.

The big surprise though is that it is not Theo Walcott. The fastest player on PES 2016 has been confirmed as Hector Bellerin who will have a blistering 97 speed stat in the game.

Theo Walcott isn’t far behind though. According to Konagi’s experts he is only good enough for 3rd place in the game, as Arjen Robben is the 2nd most fastest player in PES 2016. 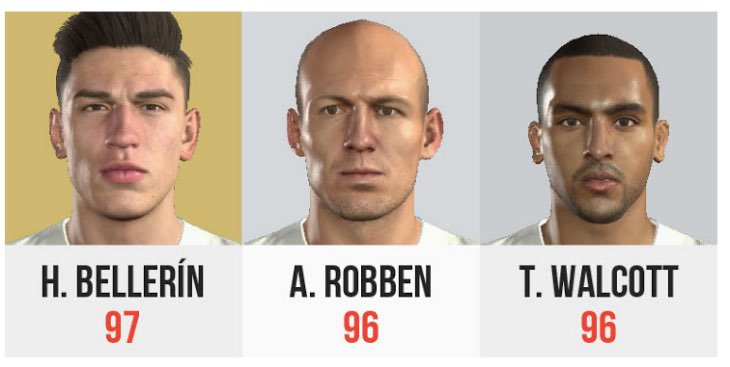 Ronaldo is in 10th place if you can believe that, so there’s clearly a difference of opinion compared to EA. It’s interesting to note too that Bellerin on FIFA 16 isn’t even in the Top 20 fastest players in the game, so make of that what you will.

The great thing is that PES 2016 looks like worthy competition this year, so that can only mean good things for fans weighing up their decision on which game to buy.

Regardless of what team you support though, give us your reaction below to Bellerin being the fastest player on PES 2016 – is this a surprise to you or not?