With the new 2015/16 Barclays Premier League fixtures now known to us, it was not going to be long before the top clubs updated their apps for the fans to show these new dates. However, the likes of Arsenal updated their app a couple of days before these fixture dates were known, although the app still claims to have details on all the matches for the upcoming season.

The app was updated on June 15 and with it brings the full Arsenal 2015/16 fixtures, which gets off to a start with West Ham on August 8th. You can get these and all other Arsenal fixtures from their official website. 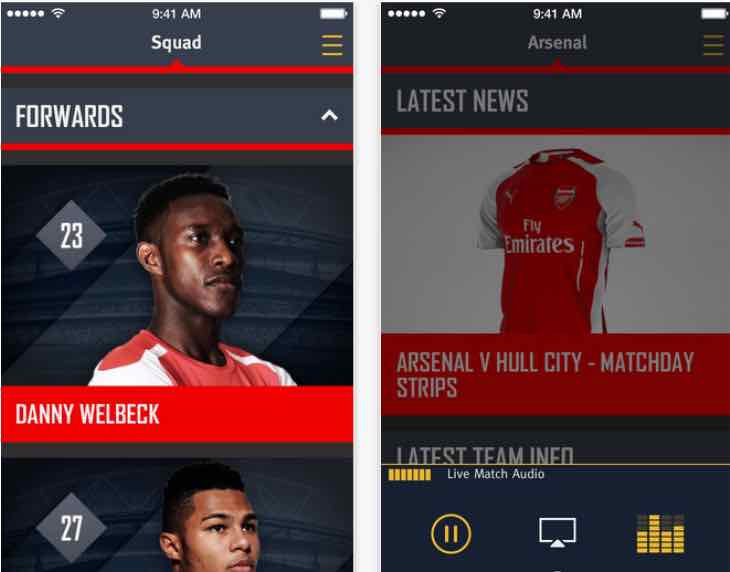 Going back to the app, and you will also get the latest Arsenal transfer news, such as them being firm favorites to secure the services of Jackson Martinez. The gunners are also interested in signing Leicester City winger Jeffrey Schlupp. It is worth pointing out that the transfer window deadline is 71 days away.

Other updates within the app are bug fixes and stability improvements, As for those current features, you still get live audio commentary of every first team game, as well as a picture gallery on those games, match highlights, push notifications, player profiles and finally, exclusive video interviews with the manager and players.

If you are a Manchester United fan, then you can add their 2015 – 2016 fixtures to your Android and iPhone calandar.