It seems like an age since we first learned about the Arrinera Hussarya supercar, but we can finally report that images, price and specs for this Polish-built supercar have finally come to light. While it might have been fun anticipating just what to expect, we can see on paper that things look rather impressive, although there are several things that we need to be weary of.

Arrinera Hussarya performance figures — The upcoming supercar will make use of a 6.2-liter, V8 engine thanks to General Motors, and will produce 641 horsepower and 605lb ft of torque. It will have a 0-62 mph time of 3.2 seconds and reach a top speed of 211 mph, which is pretty close to the McLaren P1, Ferrari LaFerrari and the Porsche 918 Spyder.

According to a Dutch website, helping with the development of the Arrinera Hussarya will be, Lee Noble, the founder of Noble, who will be on hand to lend his expertise — we just hope he has learned from his mistakes with his own supercars? 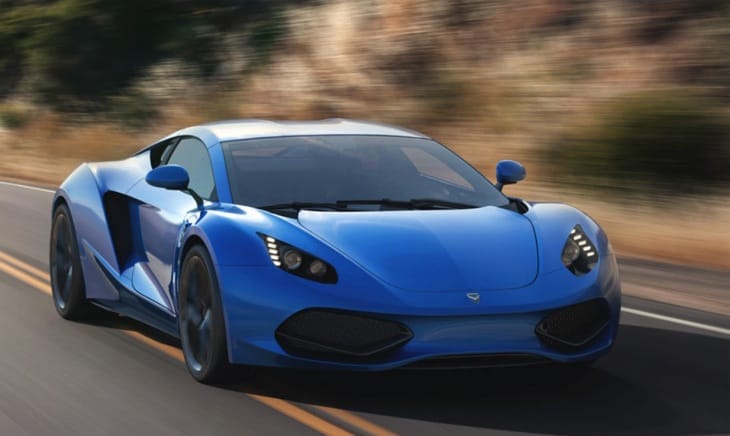 The Arrinera Hussarya price — is a huge talking point because at $160,000, or £96,188, it’s considered a bargain. It’s this price that we have concerns with, as it will not make use of all the electronic aids that some of the best supercars have.

This is not a bad thing if you are a true racer, but with that amount of power being controlled more by the driver than electronics, there will be many times when the Arrinera Hussarya will make you pay for any slight errors.

We’ve seen this with the Noble, and so we don’t expect the Hussarya to be much better, although we could be pleasantly surprised.

Let’s wait and see before we pass judgment, but we don’t expect the design and finish to be as precise as the likes of McLaren, so expect several panel gaps and an interior that looks like an after thought.

Do you have high hopes for the Arrinera Hussarya?